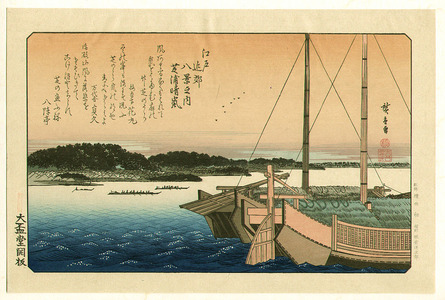 "Edo Kinko Hakkei no Uchi" (Eight Scenic Views around Edo", "Shibaura Seiran" Clear sky after a storm at Shibaura. The original edition had 3-4 "kyoka" (humorous and often satirical poems of 31 syllables) related to the scenery printed. Unlike the most of the later editions which had no poems or some poems had been altered, this edition has all the poems. The complete set of eight prints are rare. 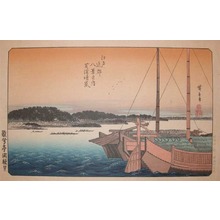 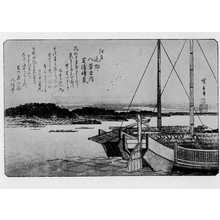 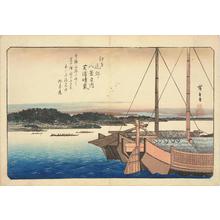 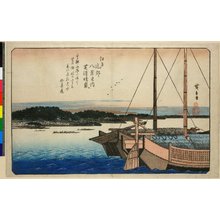 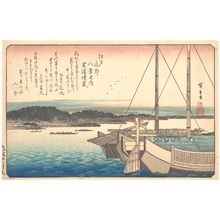 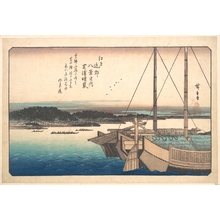 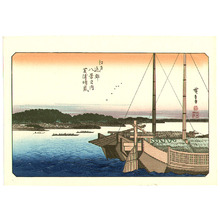 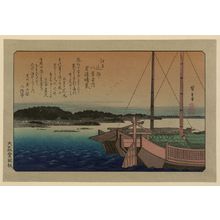 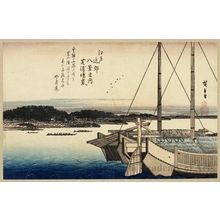 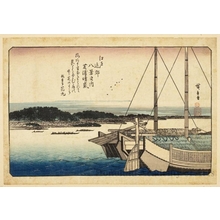 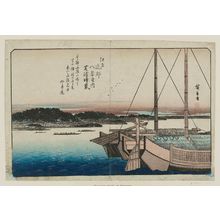 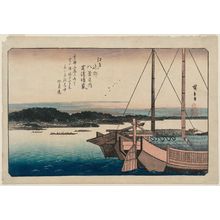 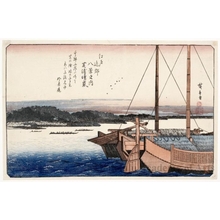 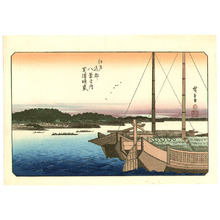