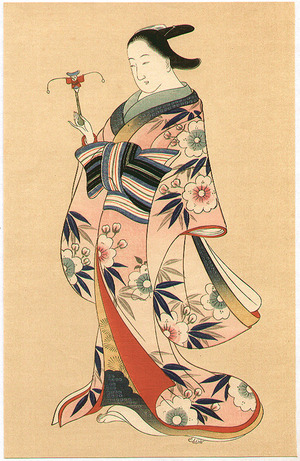 作品名: Beauty and a Toy

日付: Originally in early Edo era. This woodblock print was made probably in early 20th century.

Beauty in the early spring dress holds a toy. The patterns of the kimono show pine, bamboo and plum which were the traditional motifs for the New Year's Day. This print comes with a English - Japanese explanation. 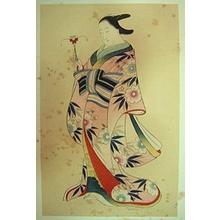