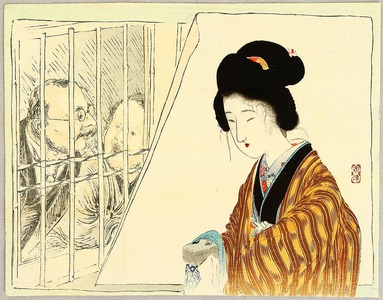 画題等: Kuchi-e from the novel "Tangled Hair". A bijin named Ofusa is holding a toiletry box and a towel in the right inset. She is coming home from a public bath. A rich man persuaded her mother that her daughter should be a mistress of him (left inset). Eisen used the western style sketchy lines and shadings for the two people inside of a latticed window. 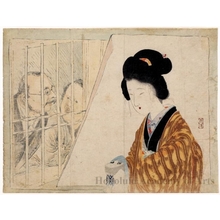 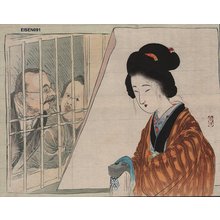 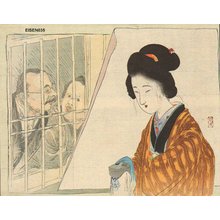 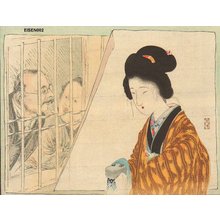 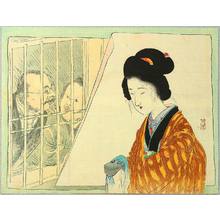 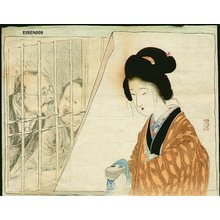 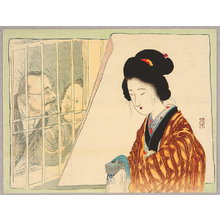 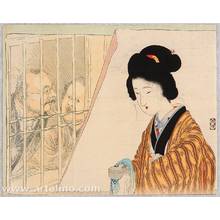 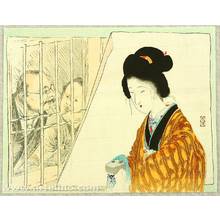 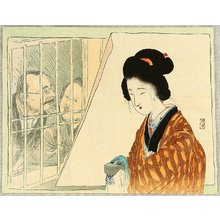 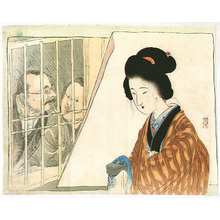