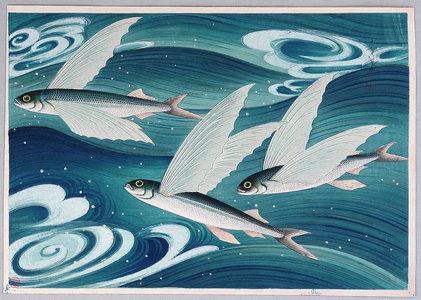 From "Dai-nippon Gyorui Gashu" (Pictures of Fish in Japan). Lively presentation of flying fish jumping out of the water. Bakufu was the best known for the series of 72 fish prints, "Dai-nippon Gyorui Gashu" (Pictures of Fish in Japan) which was published in 5 parts between 1937 and 1942 (or 44). Its artistic beauty and scientific correctness have been admired by both print collectors as well as fish enthusiasts. The natural history prints had been created by using dead animals. Even John James Audubon who observed living animals extensively, used dead specimen when he made his detailed sketches. But Bakufu Ohno made the most of his designs from his sketches of living animals. These delightful and exquisite prints required between 135 and 200 impressions from the blocks, some with up to 250 impressions. 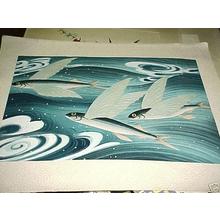 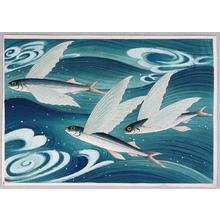 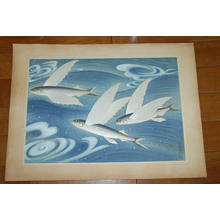 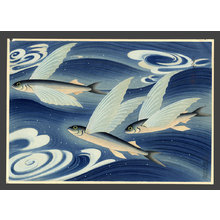