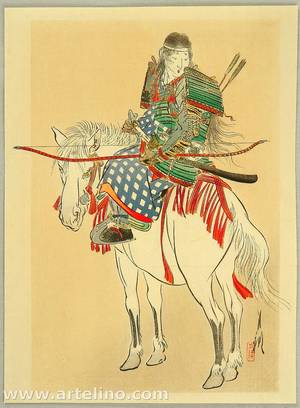 The renowned female warrior, Tomoe-gozen in 11th Century. Her husband (lover?) was Genji General, Kiso Yoshinaka. She was described as follows in "The Tale of Heike" : Tomoe was especially beautiful, with white skin, long hair, and charming features. She was also a remarkably strong archer, and as a swords-woman she was a warrior worth a thousand, ready to confront a demon or a god, mounted or on foot. She handled unbroken horses with superb skill; she rode unscathed down perilous descents. Whenever a battle was imminent, Yoshinaka sent her out as his first captain, equipped with strong armor, an over sized sword, and a mighty bow; and she performed more deeds of valor than any of his other warriors. 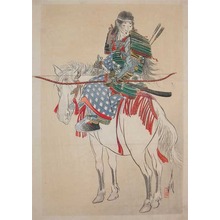 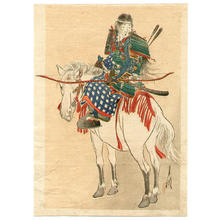 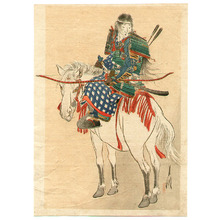 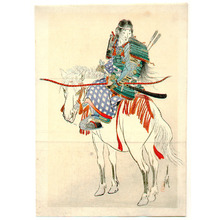