日付: Originally in Edo era. This edition was made probably in the early 20th century.

Hiroshige produced around 200 "kacho-e" (bird-flower designs) in various formats starting in early 1830s. Although they were small, they amply demonstrate Hiroshige's keen observation and the love of the nature. His kacho-e were said to be "frozen in motion" as if they were the well composed snap shot by a camera. 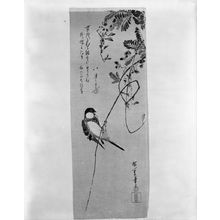 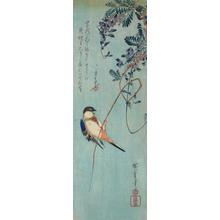 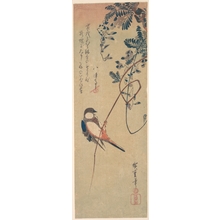 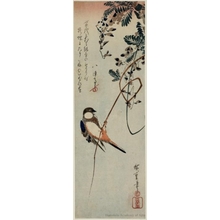 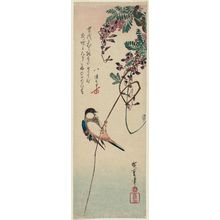 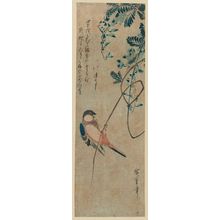