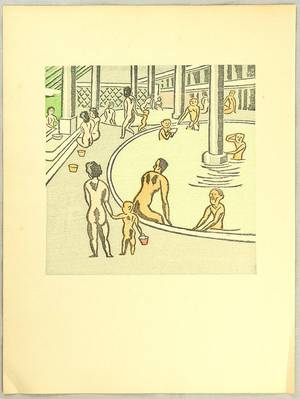 From the series "Zoku Hanga Yoku-sen Fu" ("Hot Spring Notes - Continued"). "Noboribetsu Hot Spring" in Hokkaido island. First set of the series was published by Aoi Shobo in 1941. It included 20 sosaku-hanga style prints and short notes in Japanese for the 20 famous hot spring resorts such as Nikko, Izu, Tohi and Beppu. The series was continued for 5 sets, 20 prints each, during 1941-1959. The most of designs were made before or during the W.W.II but could not be published until later. 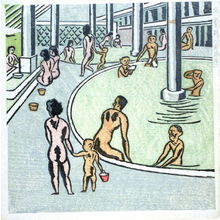 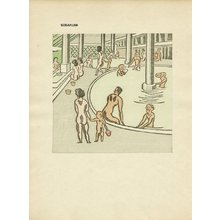