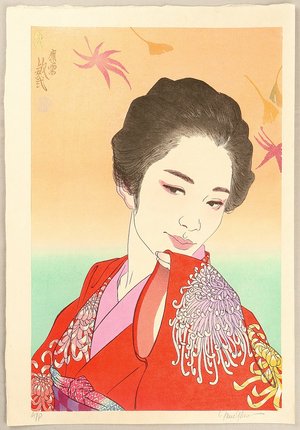 "Aki" ("Autumn") from the series "Shiki" ("4 seasons"). This whole edition was commissioned by Bruce Tierney and Barry Stokes. The commission was placed under the condition to create a series of four most elaborate and lavish bijin prints that a skilled artist could possibly create. The creation of "Shiki" was one of the most expensive projects in modern Japanese printmaking with professional Japanese live models and frequent travels by the artist between Tokyo, London and Tennessee (U.S.A.). The whole series was started in springtime of 2003 and could be completed in 2005. 'Autumn' was the third of the 4 prints released. 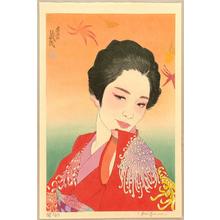 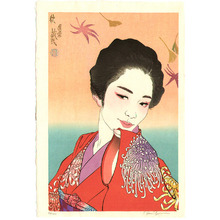 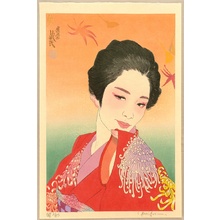 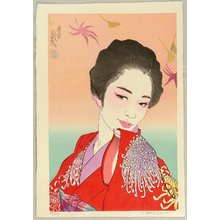