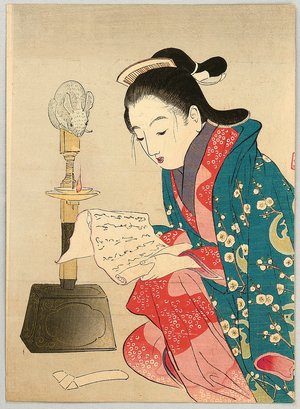 From the Bungei Kurabu novel "Akatsuki" ("Dawn") in Vol.18, No.1. A young woman reads a letter by an oil lamp. A mouse on top of the lamp also looks into the letter. Kuchi-e (frontispiece illustration) was made for the popular literary magazines largely aimed at the female readers in Meiji-Taisho era. They were published by newly established publishers such as Bungei Kurabu, Shunyodo and Suzando. These publishing companies; among which Chuo-koronsha, Kodansha, Shinchosha still exist; published not only literary subjects but also many different everyday subjects such as cooking, sewing and hobbies as monthly publications. 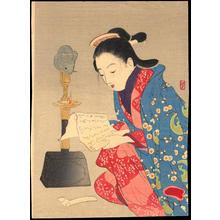 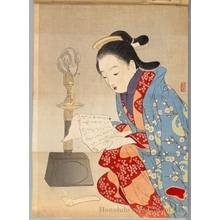 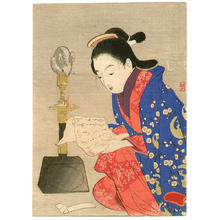 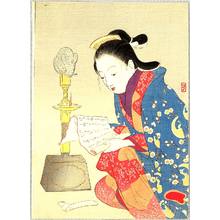 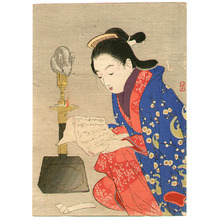 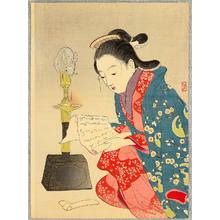 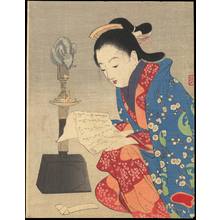 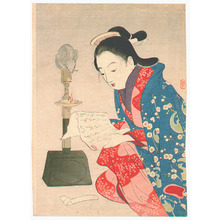 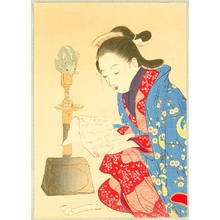 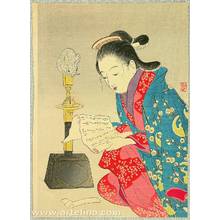 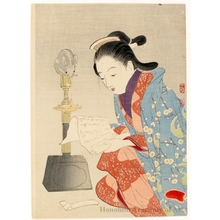 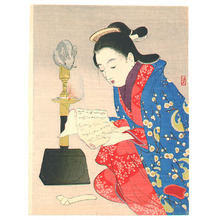