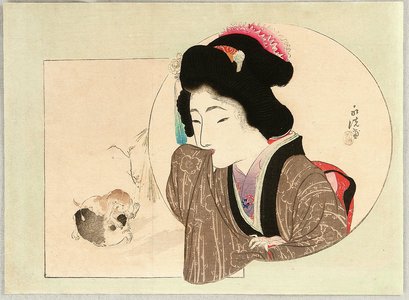 Kuchi-e illustration for the novel "Yuki no Asa" published on a Bungei-Kurabu, Vol.10, No.4, a very popular literary magazine. A morning after a big snow. The girl looking at the puppies is depicted in a circle which signals there is a distance between the two locations. This composition is called "double contraction" and is often used in ukiyo-e. The picture was listed in the interesting article about kuchi-e, published in "Daruma Magazine" Issue No. 32. 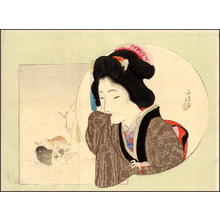 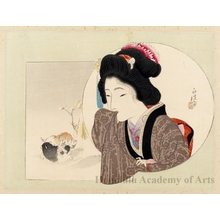 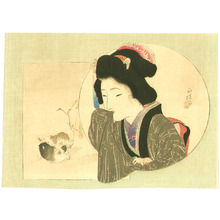 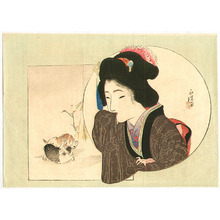 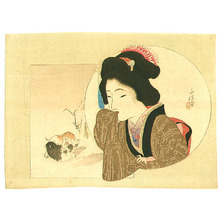 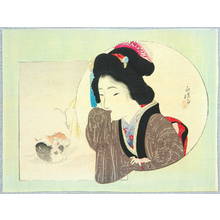 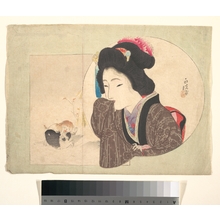 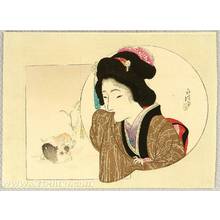 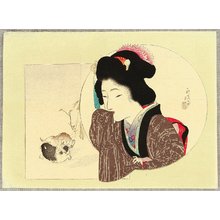 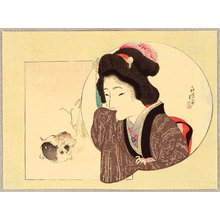 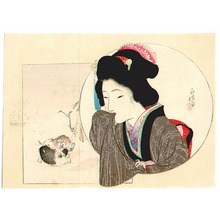 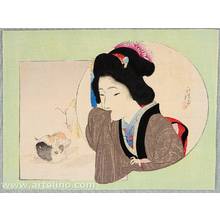