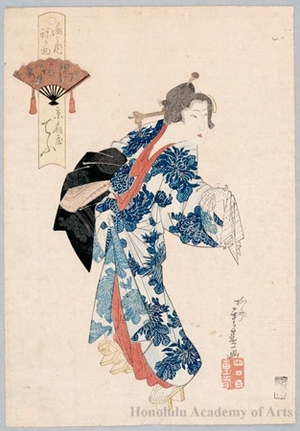 作品名: After the Bath: Courtesan Chö of the Tea House Kyö-ögiya

This print depicts a courtesan dressed in the unique “after the bath” style for the annual costume parade held in Shimanouchi, Osaka. Although courtesans frequently disguised themselves as well known characters-such as popular Kabuki actors or historical figures-a few used the “after the bath” theme, which included a disheveled appearance, as if the woman had just stepped out of the bath, and into an untied kimono, and accessories, such as a towel. This sensual style fueled people's desires to know more about the private lives of such celebrities. (from Kamigata-e exhibition 4/1/08-) 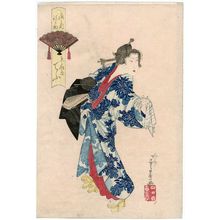 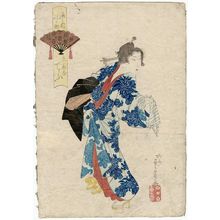 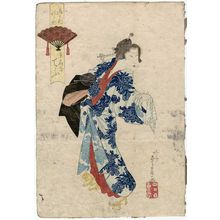 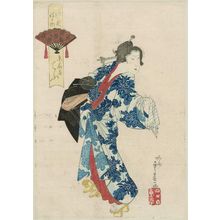 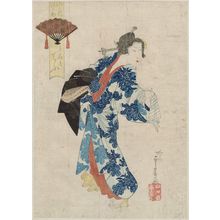 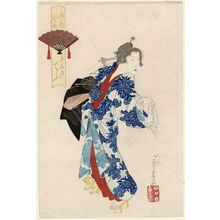