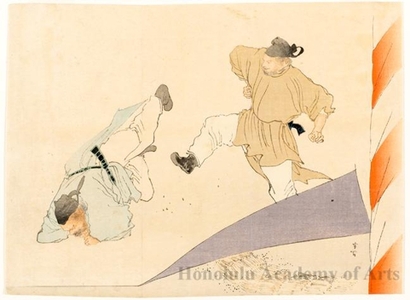 画題等: Kajita Hanko worked as a staff illustrator for the Yomiuri Newspaper Company and contributed many illustrations to serialized novels. This print also served as a book illustration for the literary magazine, Bungei Kurabu (Literature Club). It depicts the beginning of sumö as written in the Nihon Shoki (The Chronicles of Japan, 720 C.E.), wherein two men had a sumö fight in order to determine the strongest man in Japan. (from Oh Sumo! exhibition 5/7/07-) 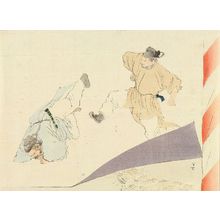