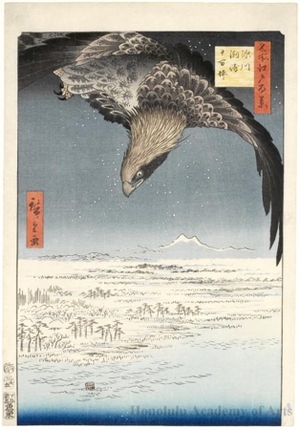 This dramatic composition shows the desolate coastlands and the Fukagawa Plain. A large golden eagle dominates the top of the composition as it descends towards the icy waters below. This sharp contrast between the flat, expansive land fading into the distance and the extreme close-up is a device Hiroshige repeatedly uses in this series. The double-peaked mountain on the far right is identified as Mt. Tsukuba. Its unique shape suggests a connection to the sacred Buddhist mountain Ryöjusen (Sanskrit: grdhraküta, literally, “Sacred Eagle Mountain”), where Shakyamuni is said to have preached. Shiba Kökan (1747-1818), a Western-style painter of the Edo period, depicted the mountain in his work, which Hiroshige might have seen, as having double peaks. In The Lotus Sutra, Buddha states that even after he leaves, should any natural disasters such as a great fire occur, this mountain will remain filled with tranquility. After the disastrous earthquake and subsequent fire, perhaps Hiroshige wished for peace for the city of Edo. (from Good News from Hiroshige exhibition 10/9/2008) 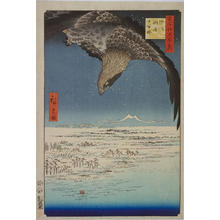 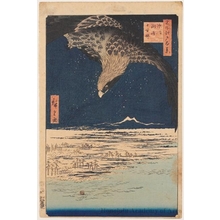 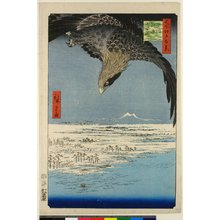 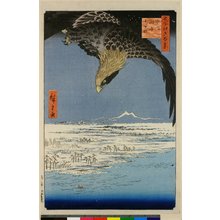 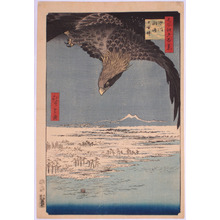 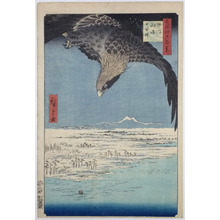 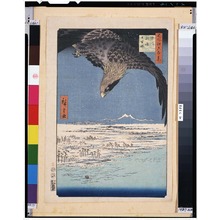 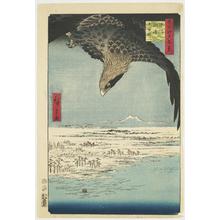 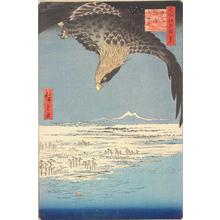 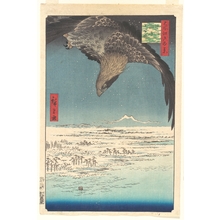 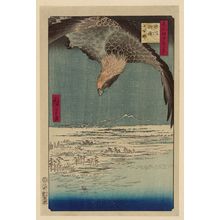 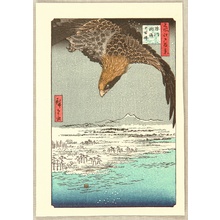 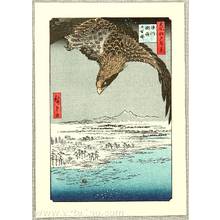 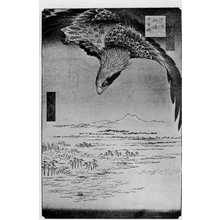 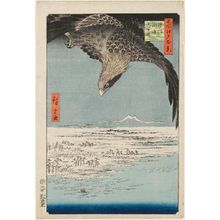 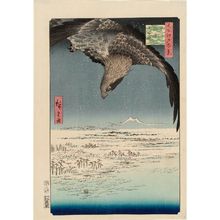 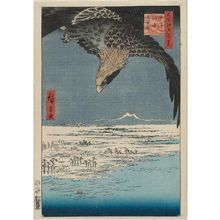 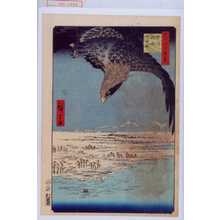 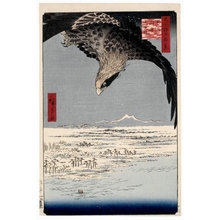 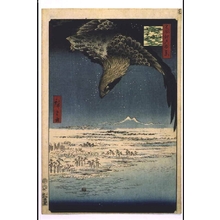