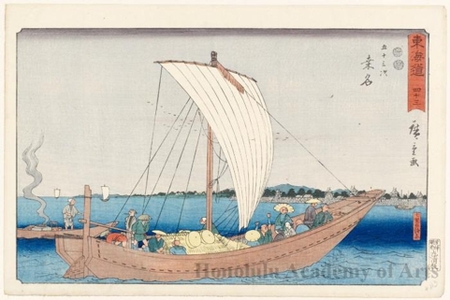 "Hiroshige's Reisho Tökaidö Series" Over the course of his career, Hiroshige published approximately forty different versions of the Tökaidö print series, with sixteen of these versions including all fifty-five stations. His first series, published with Hoeidö (of which several stations are currently on display in the Robert F. Lange Foundation Gallery), remained his most popular, but the constant demand created by the Hoeidö series caused Hiroshige to return to the Tökaidö theme again and again. The current exhibition also includes prints from another Tökaidö series designed by Hiroshige, commonly known as the “reisho” series since it uses clerical script (reisho, a type of script first developed in China during the Han dynasty in the first and second centuries AD and later used to lend a sense of formality and antiquity) for the titles of each print. Publisher Maruya Seijirö (Marusei) collaborated with Hiroshige to produce the “reisho” series of the Tökaidö Road ca. 1848-1849. As travel by commoners became more frequent, people acquired such prints as souvenirs or as pictures of places they hoped to visit in the future. Popular author Jippensha Ikku (1765-1831) wrote a number of stories related to travel on well-known highways. His most representative novel, Tökaidöchü Hizakurige (Travels on the Eastern Seaboard, or, The Shank’s Mare), was written from 1802 to 1809. Tökaidöchü Hizakurige details the uniquely humorous experiences of its two protagonists, Yaji and Kita, during their travels from Edo to Kyoto. They encounter peculiar regional foods, customs, and fashions. This popular novel provided basic travel information and made people interested in exploring new places. It is thought that Hiroshige might have drawn inspiration from Ikku’s novel for the subjects of some of his Tökaidö prints, beginning with the first series he designed for Hoeidö. ("The Tôkaidô Road: Connecting Japan" exhibition Nov/26/2009-Jan/24/2010) 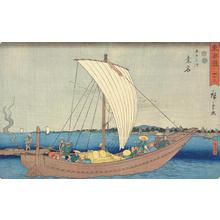 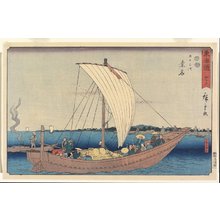 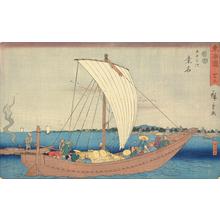 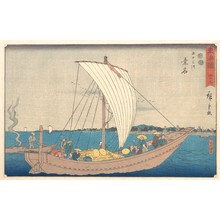 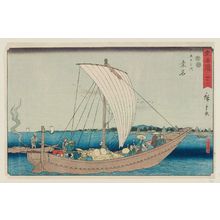 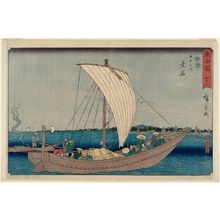