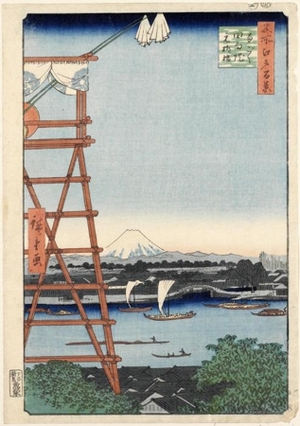 Eköin Temple was established in 1657 for the dead from the Great Fire of Meireki. It also became a burial place for victims of the Ansei earthquake. This print was made two years after the earthquake occurred. It depicts a wooden tower where the announcements of sumö tournaments were made. Sumö matches were usually held as charitable events to collect money for renovation, construction, or the creation of new Buddhist sculptures for associated temples. It was one of the most popular forms of entertainment for Edo townspeople. This print may represent the recovery and renewal of the city of Edo, two years after the devastating Ansei earthquake. (from Good News from Hiroshige exhibition 10/9/2008-) 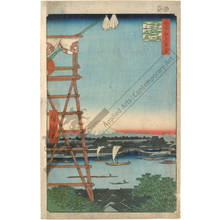 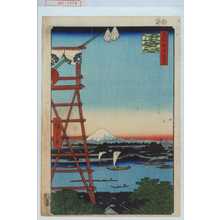 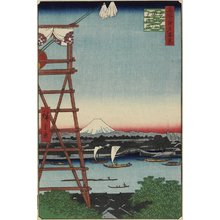 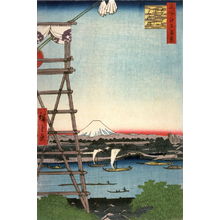 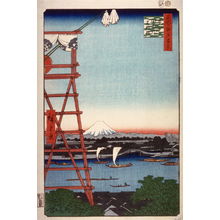 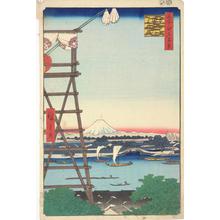 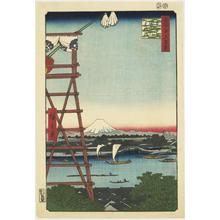 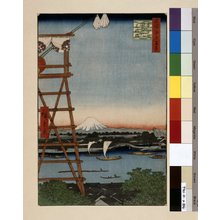 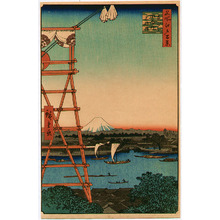 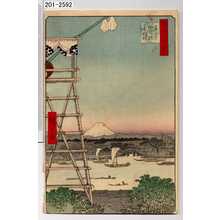 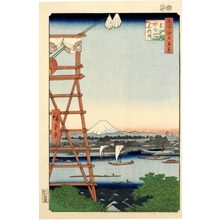 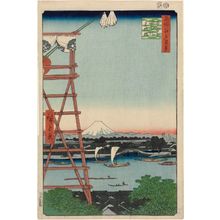 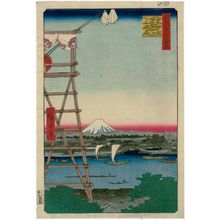 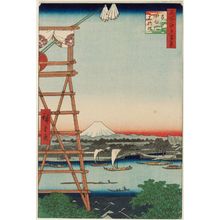 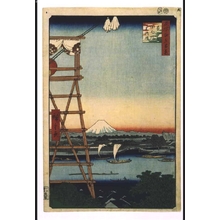