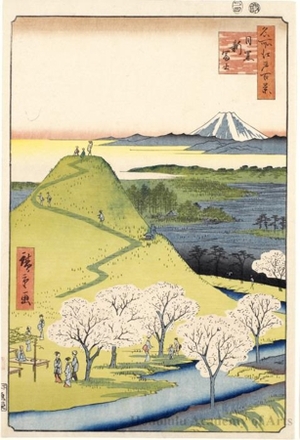 New Fuji in Meguro was artificially built as a combination of pilgrimage site and theme park where people could climb, picnic, and enjoy the excellent view. Looming above, the real Fuji towers over its imitator. Although Mount Fuji became a popular pilgrimage destination in the Edo period, women were prohibited from climbing the mountain because of the belief that they profaned its sanctity. The elderly and children were also discouraged from making the pilgrimage due to their fragility. Consequently, artificial mounds called “Mini-Fujis” were established in many places in the city of Edo (a similar miniature Fuji can be seen in the print by Toyoharu also in this exhibition). As this print indicates, a pilgrimage was not only a sacred activity but also served as an excuse for pleasurable excursions into nature. “Hokusai’s Summit: Thirty-six Views of Mount Fuji” (09/24/2009-01/06/2010) ****************************** 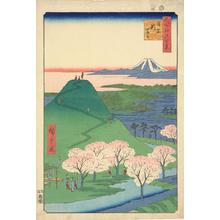 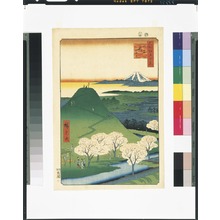 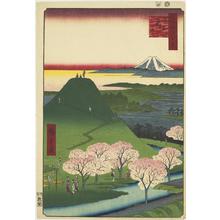 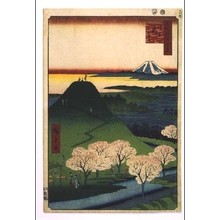 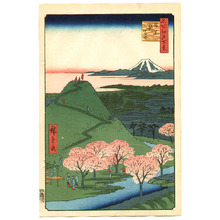 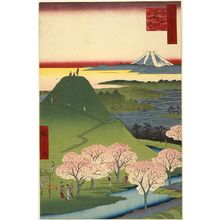 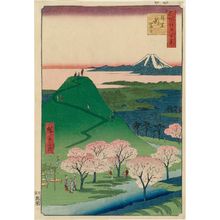