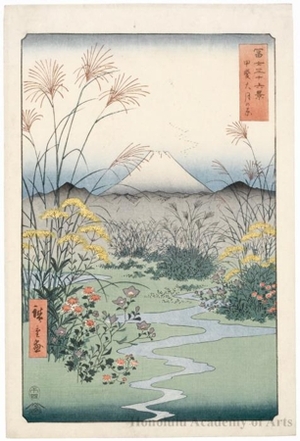 This decorative print shows Mount Fuji framed on three sides by wild flowers and grasses, which through an extreme close-up view (typical of Hiroshige’s late works) dwarf and even slightly obscure the mountain on the left. The stream meandering across the plain is imitated by distant birds in flight above the mountain. In its overall effect the print is reminiscent of the Rimpa School of painting, which experienced a revival in the nineteenth century, and with which Hiroshige’s elder Hokusai experimented for a time during his Söri period (1795-1798). “Hokusai’s Summit: Thirty-six Views of Mount Fuji” (09/24/2009-01/06/2010) ****************************** 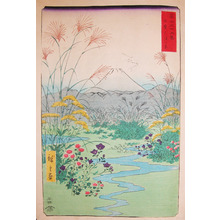 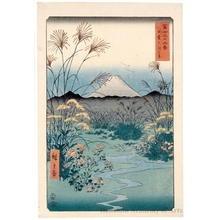 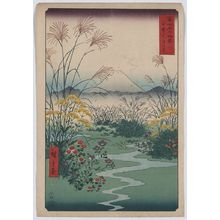 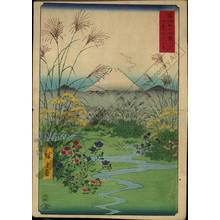 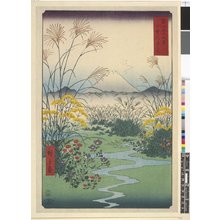 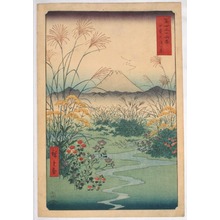 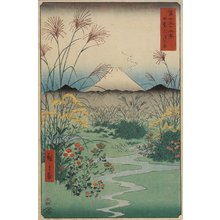 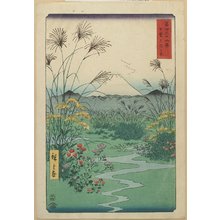 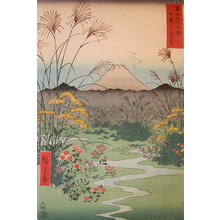 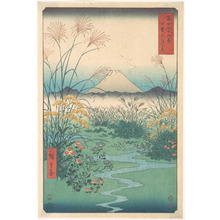 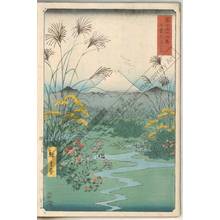 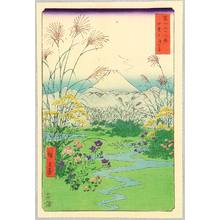 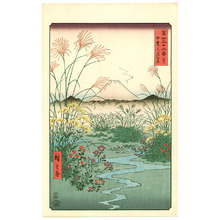 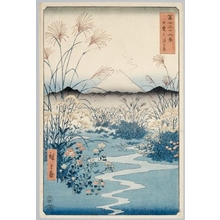 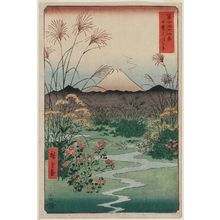 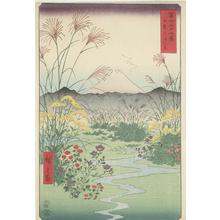