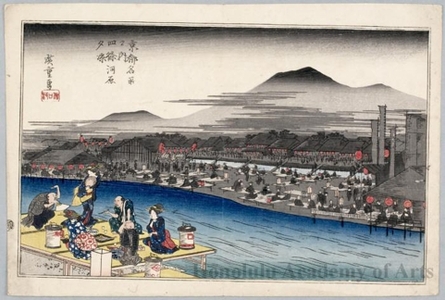 作品名: Enjoying the Evening Cool on the Riverbed at Shijö

Kyoto was the capital city of Japan until 1868, and the seat of the emperor. It was one of the largest urban centers in Japan, along with Edo (modern Tokyo) and Osaka, where city commoners prospered during the long economic and cultural stability of the Edo period. In the summer many people gathered on the riverbanks along the Kamo River between Sanjö and Shijö streets in Kyoto, to enjoy the cool evening temperatures. Shops and restaurants were built temporarily for the summer season, a tradition that continues even today. After approximately 250 years of peace without any major wars, the commoner class had flourished and had gained access to cultural activities previously available only to the upper classes. Ironically, the rise of a prosperous commoner class was one of the contributing factors to the overthrow of the Tokugawa Shogunate in the late 19th century, paving the way for the creation of a modern state. “Midsummer Night’s Pleasure” 08/05/2010-10/10/20100 ************************* 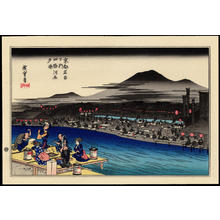 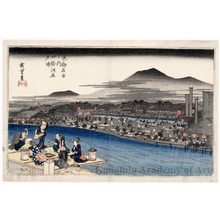 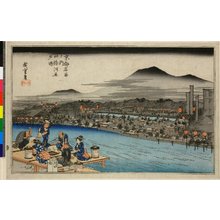 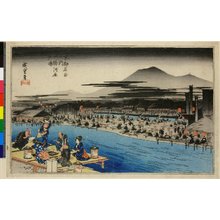 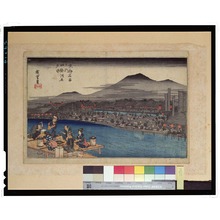 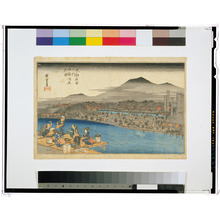 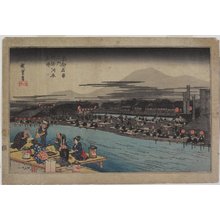 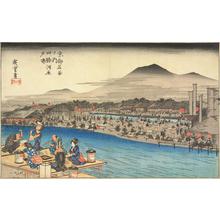 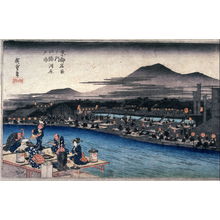 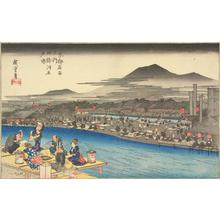 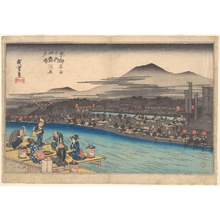 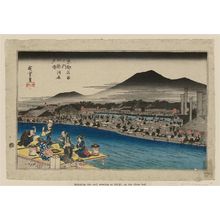 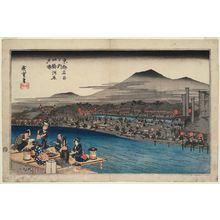 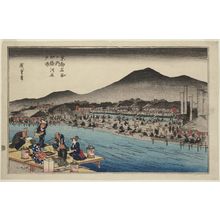 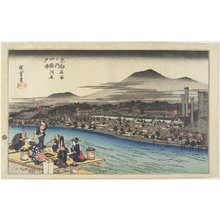