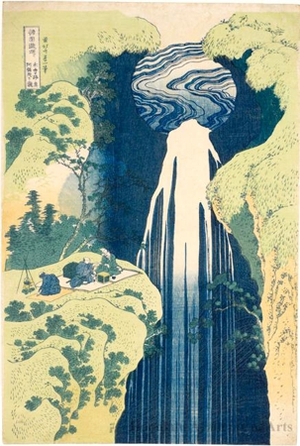 From the round hollow between two steep undercut banks, the rush of water drops against the dark, rugged cliff. The falls is seen in an extreme close-up view that abruptly cuts off its lower half, leaving a sense of its full height to the viewer's imagination. The falls are so named because the hollow from which it spills seems to resemble the head of Buddha. Its exact location is not known; it could have been a product of Hokusai's imagination. The rugged cliffs are asymmetrically balanced; on the left cliff, a pine tree precariously hangs on. On a ledge, picnickers have spread a rug and enjoy the view, while their servant prepares their meal. They are the only human touches to the forbidding and overwhelming natural scene. Framed by yellowish cliffs, the darkness behind the cascade looks even more mysterious and fearsome. This work is the most dramatic, bizarre composition of the Waterfall series, but it is effective in expressing the power of nature. (Asian Art Museum of San Francisco, “Hokusai and Hiroshige”, 1998) 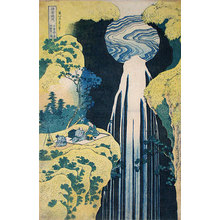 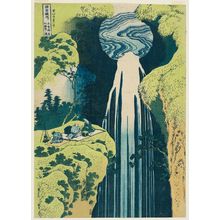 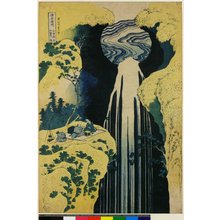 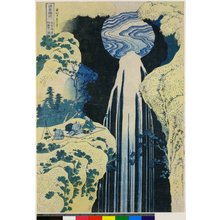 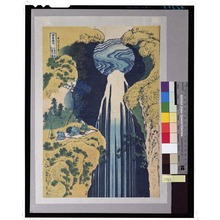 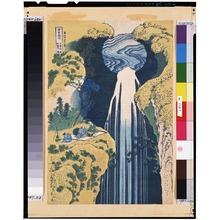 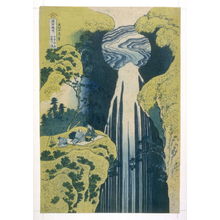 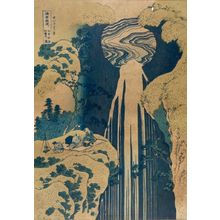 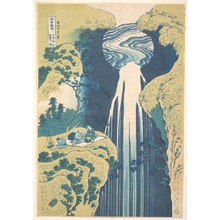 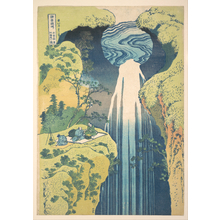 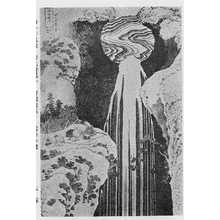 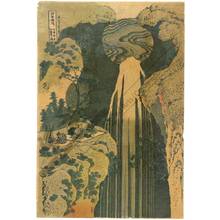 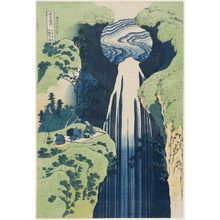 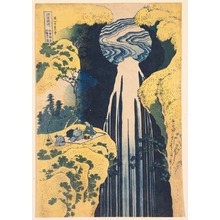