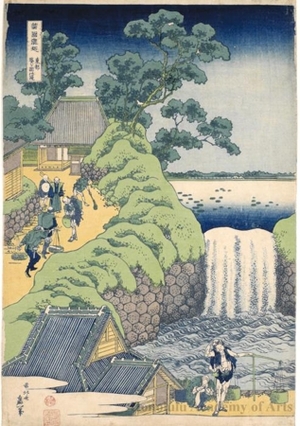 画題等: Here Hokusai tries his hand at depicting an urban type of falls; it is in fact not a natural falls, but a spillway for the release of the overflow of a pond above it. Located in Aoigaoka (""Aoi Hill"") near the Toranomon Gate in Edo, what Hokusai calls a waterfall is a short, broad drop of water from Tameike Pond to the outer moat of the shogun's castle. The slope along the moat is the Aoizaka (""Aoi slope""), which leads to the top of the hill, where ironwood trees (enoki) grow. Though not shown in this image, at the right side of the spillway is Sanno-Jinja, one of the oldest Shinto shrines. This entire area is now included in Minato Ward, Tokyo. In the lower foreground, men are cleaning houses. Here we see nature in a controlled urban setting, but the composition is no less effective--an arresting change of pace from the forceful and bold falls in other prints. (Asian Art Museum of San Francisco, “Hokusai and Hiroshige”, 1998) 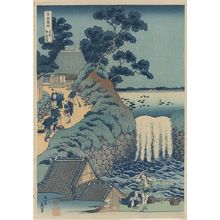 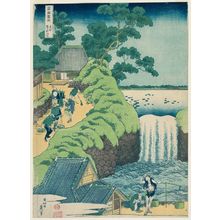 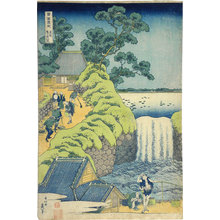 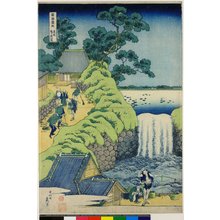 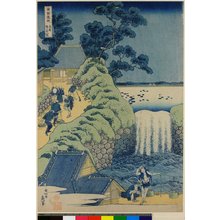 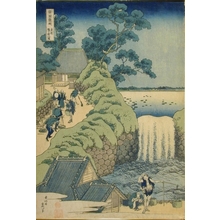 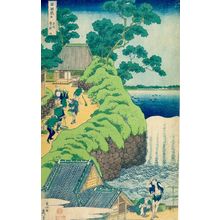 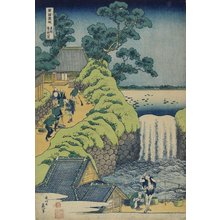 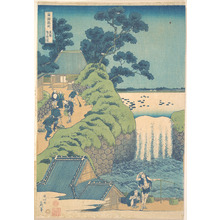 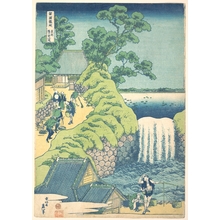 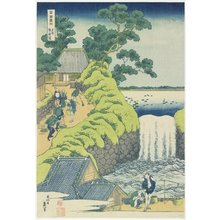 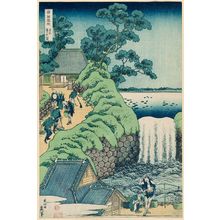 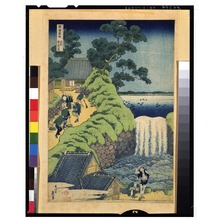