Sei Shönagon, a lady-in-waiting of the imperial court of the Heian period (794-1185), was a brilliant poet and essayist. In this print, Hokusai does not depict her, but rather a historical event in China recorded in the Biography of Meng Zi (Mencius) in Shiiji, to which she alluded her poem. Meng Zi, fearful that Qin Shihuangdi was planning to kill him, escaped as far as the gate of Hunguguan. The gate, however, was closed and would not open again until the first cry of a rooster. In desperation Meng imitated a rooster crowing, which caused all the neighboring roosters to crow as well. The gate opened, and thus Meng Zi barely escaped death. In the print, Meng and his two attendants are at the gate; one attendant climbs a tree to reconnoiter the other side. Two roosters alight on the roof of a building next to the gate. Though the story is interesting, Hokusai's interpretation seems rather literal, leaving no room for the viewer's imagination. (Asian Art Museum of San Francisco, “Hokusai and Hiroshige”, 1998) 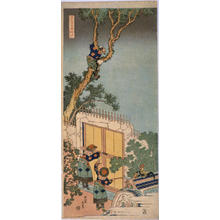 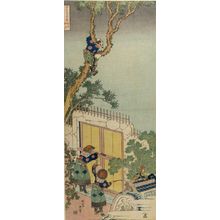 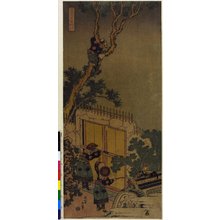 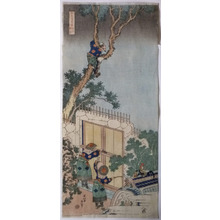 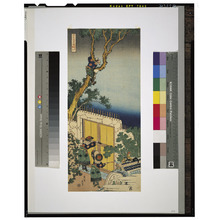 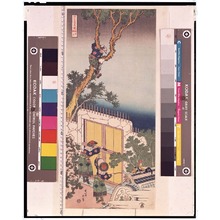 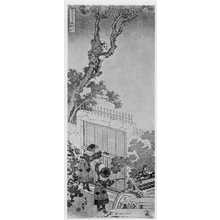 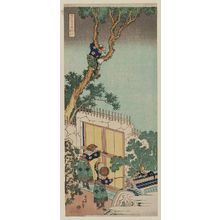 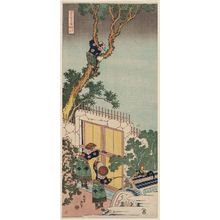