This print is the only one to which Hokusai did not give a title. It has been speculated and generally agreed that the subject is Su Dongpo (known in Japan as Toba), a Chinese poet and calligrapher of the eleventh century. In recent years, however, some scholars have suggested the figure is Han Yu, but it is difficult to settle upon one or the other identification, since there is no immediate source for Hokusai's inspiration. Through the machinations of political enemies, Su Donpo was banised the the island of Hainan. The print shows a man in a light purple robe, astride a horse. His retainer, wearing a straw coat, faithfully follows him. The snow-covered rocky path makes a beautiful contrast to the undivided expanse of blue water and blue sky. (Asian Art Museum of San Francisco, “Hokusai and Hiroshige”, 1998) 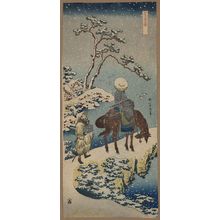 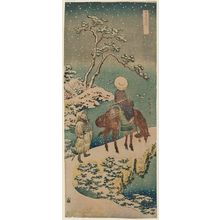 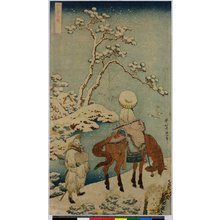 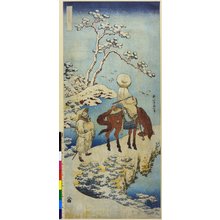 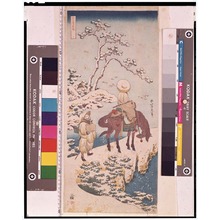 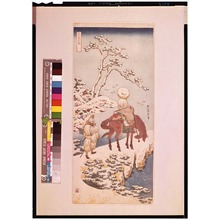 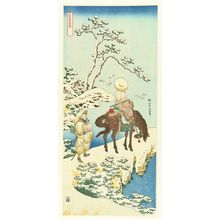 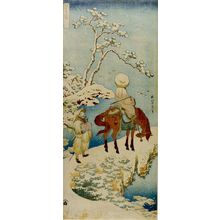 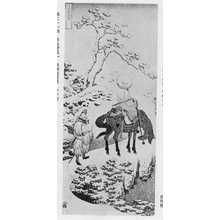 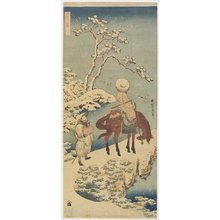 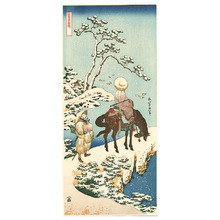 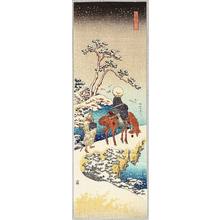 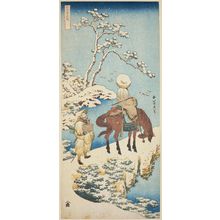 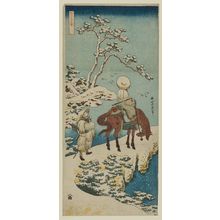 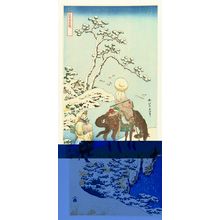