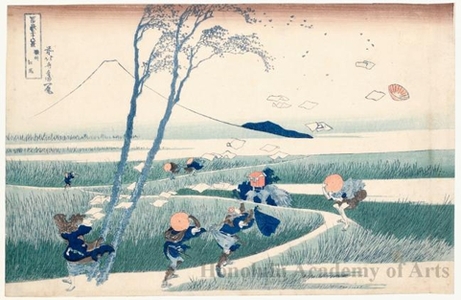 A sudden gust of wind surprises the travelers on a road that winds through marshy land, blowing away the hat of a man who tries in vain to catch it. Many squares of paper also whirl away from a woman’s backpack. They rise into the air and scatter all over the field. The woman’s wind-tossed cloth covers her face, and the tall, leggy tree in the foreground loses its leaves to the wind like falling sparks. Other travelers face the wind, crouching low to avoid it and clinging to their hats. Ejiri, a station on the Tökaidö Road, was located on the west side of the port of Shimizu. The town was famous for the beautiful pine forest of Miho (Miho no Matsubara) on the foothills of Fuji. The characteristic long grove of pines has been depicted in paintings since the Muromachi period (1392-1573) and described in waka and haiku by numerous poets. In this print, however, Hokusai chose to depict an inconspicuous spot in Ejiri, where only a banked road winds through a marsh, and focused on an instant of drama caused by a gust of wind. Fuji stands white and unshaken, affected neither by the wind nor the human drama. Hokusai had studied a similar scene in an earlier work, which appears in the seventh book of his Hokusai Manga (Kondö 1966, no.35). The key-block was printed in blue. (The Asian Art Museum of San Francisco, HOKUSAI AND HIROSHIGE – Great Japanese Prints from the James A. Michener Collection, Honolulu Academy of Arts: The Asian Art Museum of San Francisco, 1998 Page 72. Cat. 23) *********************** Ejiri, the west side of the port of Shimizu, was one of the stations on the Tökaidö (“East Sea Road”). Here Hokusai returns to the theme of the insubstantiality of the human world in the face of powerful natural forces (expressed most dramatically in Great Wave and Thunderstorm Beneath the Summit ) by depicting a group of travelers buffeted by strong winds as their belongings fly off into the distance. To emphasize the desolation of the plain as well as the sense of movement in the foreground, Hokusai has limited the color palette, and rendered an ephemeral Mount Fuji with nothing more than a contour line. “Hokusai’s Summit: Thirty-six Views of Mount Fuji” (09/24/2009-01/06/2010) ****************************** 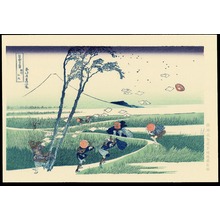 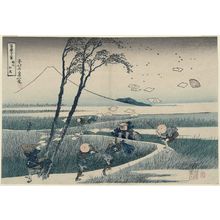 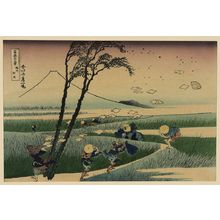 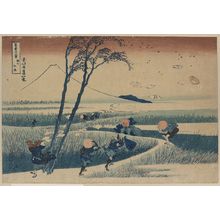 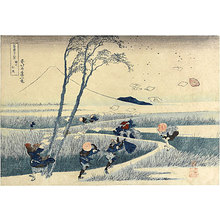 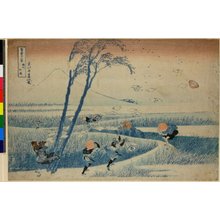 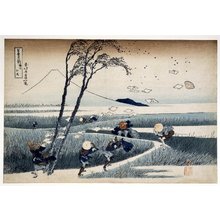 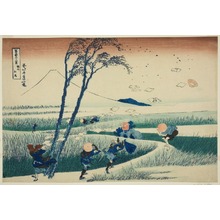 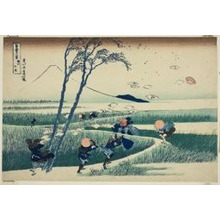 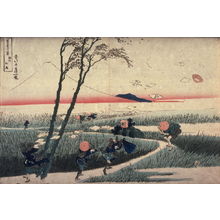 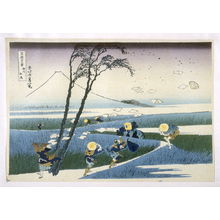 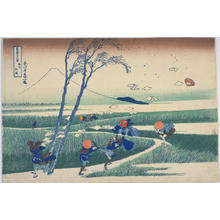 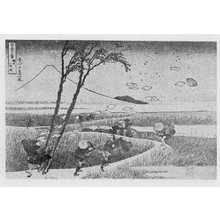 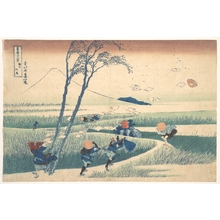 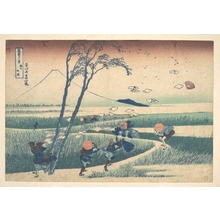 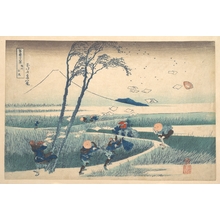 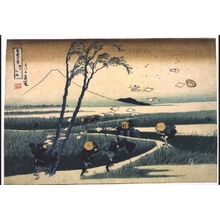 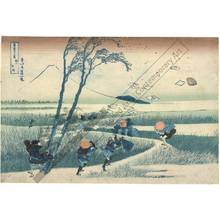 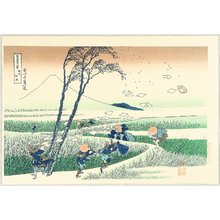 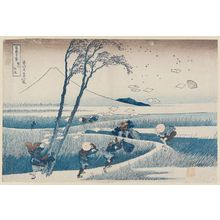 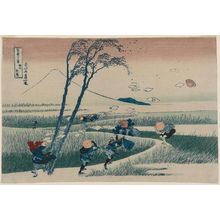 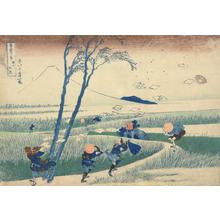