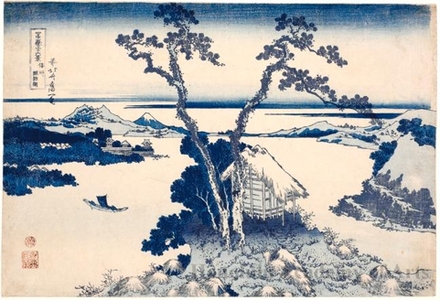 Lake Suwa, a body of water about 3 miles long and 2 ½ miles wide, lies in the Suwa basin, about 120 miles west of Edo, in Shinano province (present-day Nagano prefecture). Around the edge of the lake, there developed towns including Kami Suwa and Shimo Suwa (Upper and Lower Suwa, respectively). Kami Suwa prospered as a town connected with an ancient castle that was once occupied by the famous warrior Takeda Shingen. Rebuilt in 1590, it was reinstated as a holding of the Suwa daimyö family by the shogunate. The district of Suwa was also located where two major highways converged – the Köshü and the Kiso road. The latter (also called the Nakasendö Road) ran through the mountainous regions and connected Edo and Kyoto. In this scene, the lake is viewed from a high position somewhere along the shore. The only recognizable landmark here is Takashima Castle, seen left of center and just below Mount Fuji, at the tip of the cape filled with houses. This must comprise the village of Shimo Suwa. Today the castle is located inland; it is presumed that the waters of Lake Suwa have receded since Hokusai’s time. In the center foreground two trees, which rise to the edge of the print, stand before a house or a shrine. It is said that the mountain is so far from the lake that it can be seen only on a fine day. The reddened sky indicates it is morning; the water in the distance is getting lighter blue, reflecting the sun. Shades of blue, except for the pink sky and the brown house, dominate the picture. The key-block was printed in blue. (The Asian Art Museum of San Francisco, HOKUSAI AND HIROSHIGE – Great Japanese Prints from the James A. Michener Collection, Honolulu Academy of Arts: The Asian Art Museum of San Francisco, 1998 Page 71. Cat. 22) ********************* This is an early impression printed entirely in imported Prussian blue, a genre called aizuri-e (blue-printed pictures) in Japanese. Although this monochromatic color scheme was the artist’s and publisher’s original intent, later editions of the print added tan (for the small shrine in the foreground), green (for the vegetation and the lower part of Mount Fuji), and a pale reddish hue in the sky to indicate an early morning scene. While the novelty of aizuri-e appealed to Edoites when the pigment first became commonly available in the 1820s, by the time Hokusai’s Thirty-six Views of Mount Fuji began to be reprinted it seems already to have fallen out of fashion. Lake Suwa is about 120 miles west of Edo, in Shinano Province (present-day Nagano Prefecture). On the left side of the print, directly under Mount Fuji, Takashima Castle stands on a promontory jutting out into the lake. Behind it, nestled in the trees, are the rooftops of Lower Suwa village, one of two main villages that developed around the lake. “Hokusai’s Summit: Thirty-six Views of Mount Fuji” (09/24/2009-01/06/2010) ****************************** 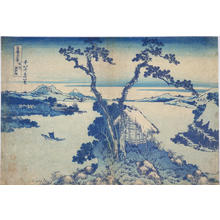 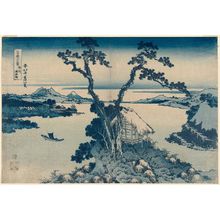 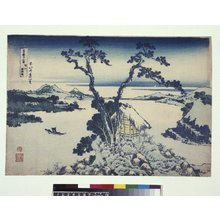 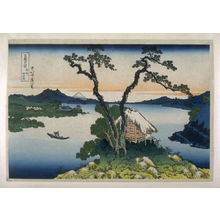 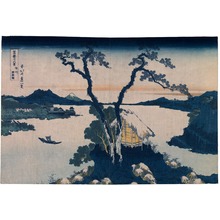 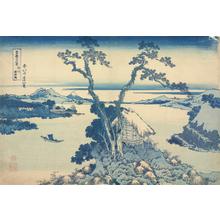 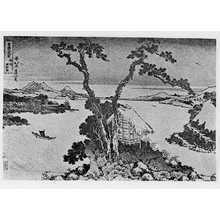 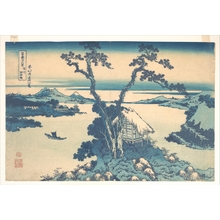 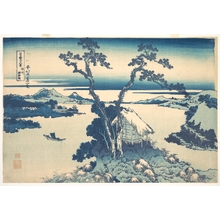 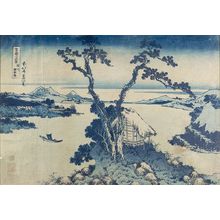 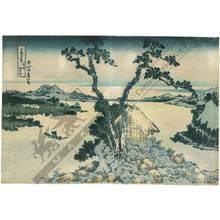 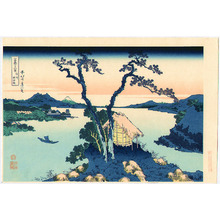 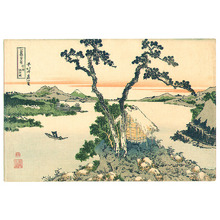 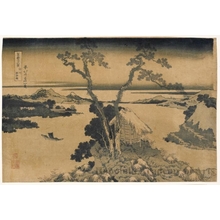 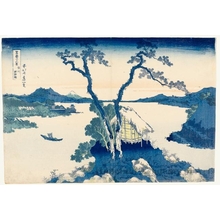 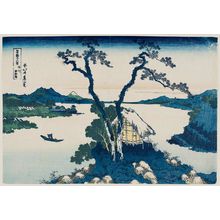 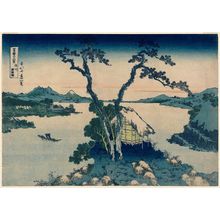 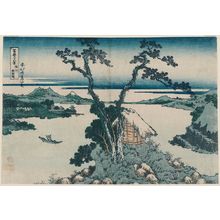 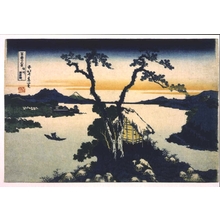