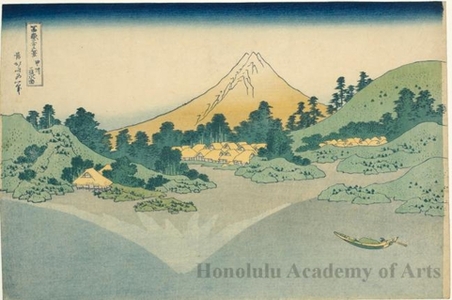 The reflection of the mountain is the key motif in this print. Hasui's image (HAA#29104) focuses on the movement of water and light, which is clearly a result of his mastery of Western techniques. Meanwhile, Hokusai's reflection is clear and still. Hokusai's reflection depicts a snow-covered Mount Fuji, yet the real mountain above is bare. Hokusai appears to be attempting to show both faces of this famous and sacred mountain. (from Nostalgic Japan exhibition 6/8/2005-) - - - - - - - - - Mount Fuji, with its steep pitch toward the summit, rises behind a village of houses with brown-thatched roofs. The woodlands, indicated by dark green vegetation, expand to the lower foothills and mountains. Before them lies Lake Kawaguchi, its smooth, mirrorlike surface reflecting Mount Fuji. The approaching small boat might disturb the reflection. Misaka Pass lies at the north side of Lake Kawaguchi. Mount Fuji, seen from the north beyond this lake, presents a different look with its rugged surface. This print seems to show the rougher character of the mountain. The reflection of Fuji in this print is of course not true to the laws of optics. Here, Hokusai seems to have wanted to show both of Fuji’s faces – the snow-covered gray mountain commonly remembered or imagined by most people as well as the rugged brown Fuji as it appears in reality beyond the lake. (The Asian Art Museum of San Francisco, HOKUSAI AND HIROSHIGE – Great Japanese Prints from the James A. Michener Collection, Honolulu Academy of Arts: The Asian Art Museum of San Francisco, 1998 Page 89. Cat. 40) ********************* Lake Kawaguchi (here called Lake Misaka after nearby Misaka Pass) is shown perfectly still, undisturbed by even the small boat in the lower right. A mirror image of Mount Fuji is reflected upon its surface. However, upon close examination it becomes evident that the volcano and its reflection are not in fact the same. Looking at Mount Fuji from the north, its rough surface is revealed, here devoid of the usual snow covering its peak. On the other hand, the reflection shows an idealized view of the mountain, capped with snow and without any imperfections as its smooth surface extends into the lake. Hokusai seems to suggest two different aspects of the mountain, one with a strong physical presence, and one that is otherworldly, a spiritualized “true form” of which the uninitiated can catch but a rare glimpse through this print. “Hokusai’s Summit: Thirty-six Views of Mount Fuji” (09/24/2009-01/06/2010) ****************************** 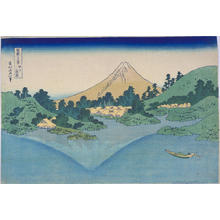 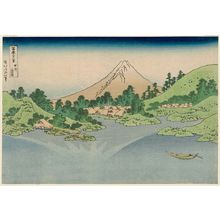 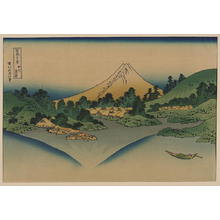 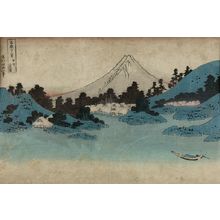 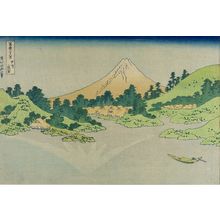 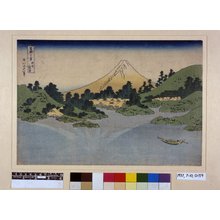 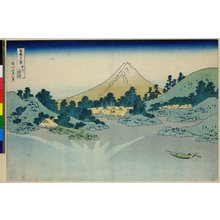 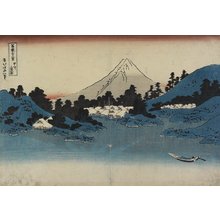 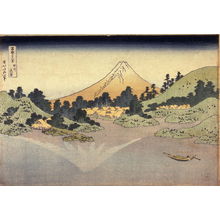 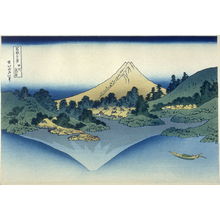 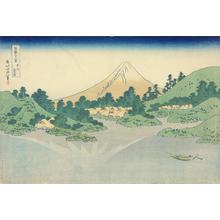 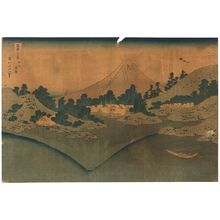 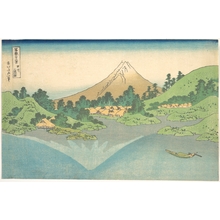 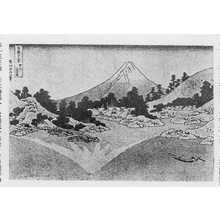 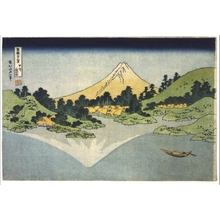 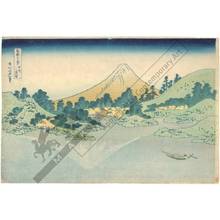 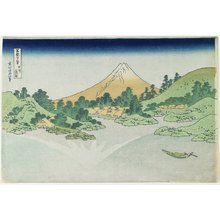 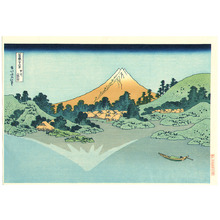 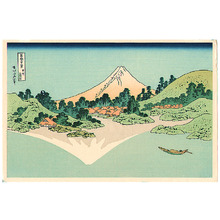 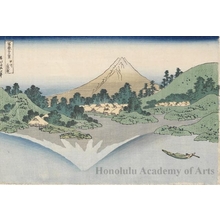 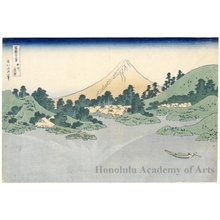 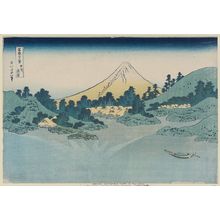 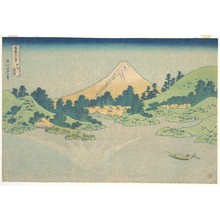