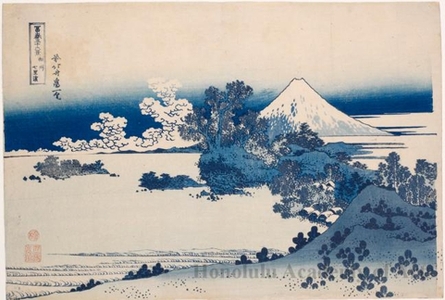 This print is one of a few in the Fuji series in which no human figures appear. In Japan this kind of print or painting is called ‘pure landscape,’ differentiating it from landscapes with human figures. Here, Shichiri, the Seven-League Beach, is viewed from an angle that conceals much of its rolling dunes and sparse cactuslike plants. Stretching between Kamakura and Fujisawa, it is a well known pleasure resort. In this asymmetrical composition, the coastal promontory runs in a curve from the land at right into the Pacific Ocean at left. Beyond it appears the snow-covered Mount Fuji. At the bend of the beach is a village with houses covered with thatched roofs, probably Koshigoe. The island of Enoshima, a noted pilgrimage site for devotees of Benzaiten (Cat. 32), is visible at the far left in the ocean. The cumulonimbus clouds rising over the horizon indicate the season is summer. Hokusai also created Dutch-inspired prints, studying Western-style perspective (Kondö 1966, fig. 8, p.10), one of which is also entitled Enoshima. The both are seen from a similar angle, the curve of the beach on the left of the picture. In this print, however, Hokusai modified and personalized it by introducing the village of Koshigoe, and by emphasizing the tree at the tip of the cape. The colors are limited to green and shade of blue, giving an impression of a clean and fresh landscape. The key-block was printed in blue. (The Asian Art Museum of San Francisco, HOKUSAI AND HIROSHIGE – Great Japanese Prints from the James A. Michener Collection, Honolulu Academy of Arts: The Asian Art Museum of San Francisco, 1998 Page 67. Cat. 18) *************** A popular destination for excursions outside Edo, Shichirgahama, or “Seven League Beach,” is shown here curving into the sea, with the island of Enoshima off the coast to the left. Cumulonimbus clouds (done in a Western manner) accent the sky, their pristine whiteness echoed by the snow on top of Mount Fuji. Many of the prints in the Thirty-six Views were first issued entirely in shades of imported Prussian blue, while a later edition of this print adds green accents for the vegetation. Hokusai’s monochrome landscape prints were probably inspired by woodblock-printed painting manuals introduced from China, such as the seventeenth-century Mustard Seed Garden Manual of Painting. Chinese painting techniques were most evident in Japan in the literati mode of landscape painting (nanga), which was practiced by a wide variety of artists during Hokusai’s time. Here Hokusai adeptly blends Japanese and Chinese painting styles with Western elements to create a convincing portrayal of “water and mountains” (sansui ), the literal Japanese term for “landscape.” “Hokusai’s Summit: Thirty-six Views of Mount Fuji” (09/24/2009-01/06/2010) ****************************** 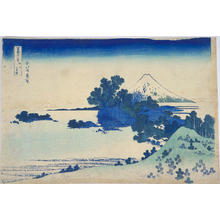 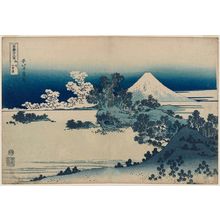 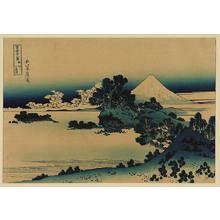 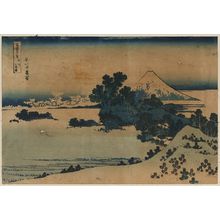 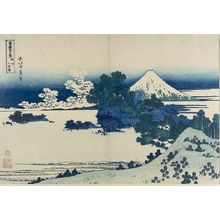 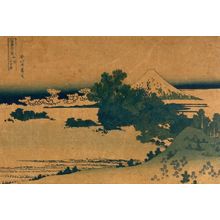 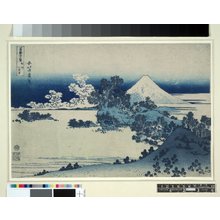 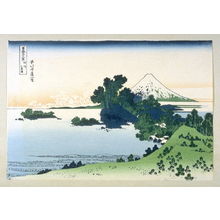 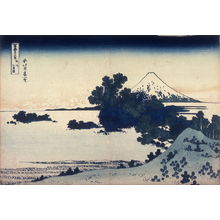 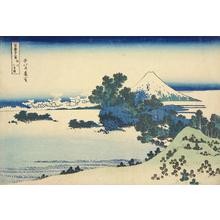 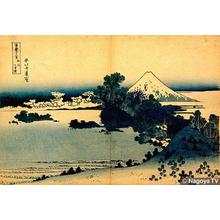 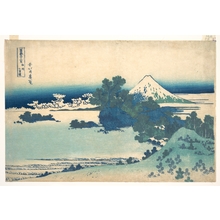 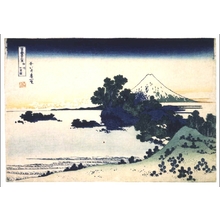 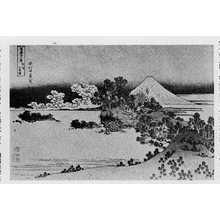 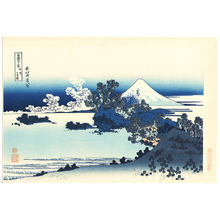 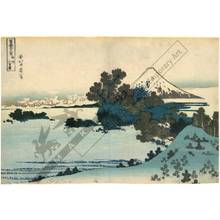 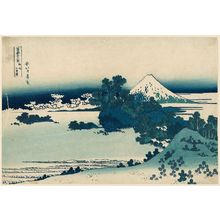 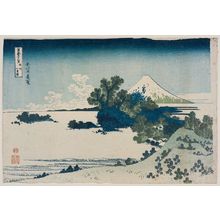 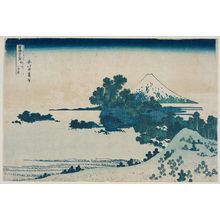 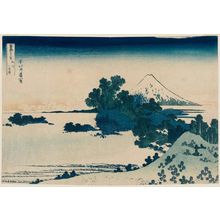 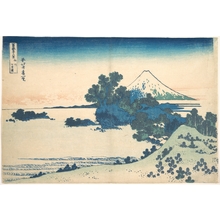