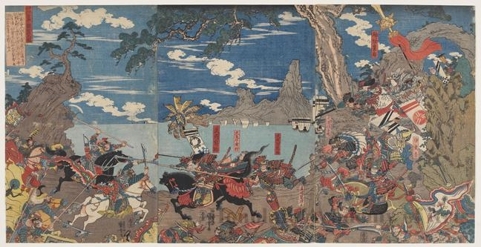 According to legend, the Japanese Empress Jingü (c. AD 169-269) led an army to invade Korea (Shiragi) and returned to her country victorious. This tale eventually was used to legitimize the colonization of Korea several decades after this print was made, when elements of proto-nationalism and imperialism had begun to spread among the elite members of society. Thus, ukiyo-e prints both reflected and also helped to spread social and political trends from the upper to the lower classes. This print demonstrates a popular, eclectic style of art in the late Edo period. The pine trees and huge rocks on both sides of the composition are rendered in the Kanö style of ink painting. However, the use of perspective, meticulous depictions of warriors, careful definition of clouds, and realistic horses are reminiscent of copper-plate engravings imported from Europe (and studied by many Japanese artists). The vivid blue, green and red color scheme that animates the composition was traditionally used by Tosa School artists, and adapted from the Tosa School for ukiyo-e. "Imagination, Power Humor: The Art of Utagawa Kuniyoshi" 10/14/2010 - 12/19/2010 **************************************** 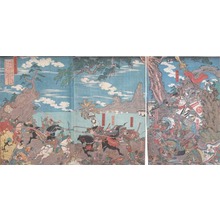 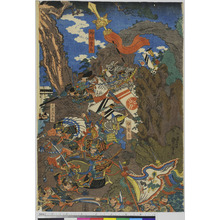 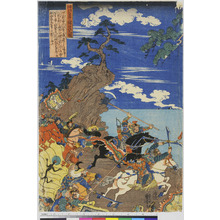 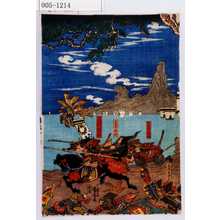 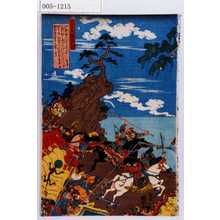 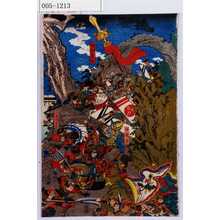