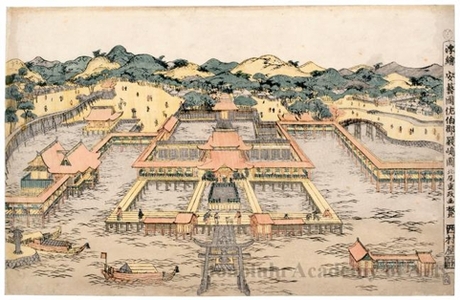 This beautiful and carefully designed print depicts one of the most famous Shintö shrines in Japan, the Itsukushima Jinja in Aki Province (modern Hiroshima Prefecture). First built in the 6th century, the shrine houses three deities who protect seamen and oversee fishing. The shrine is marked by a large torii gate built over 500 feet out into Hiroshima Bay, and many of its buildings are built over water, and connected with raised corridors. (from Uki-e exhibition 2004: June-August) 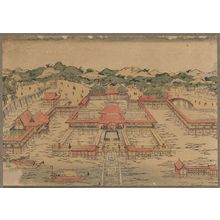