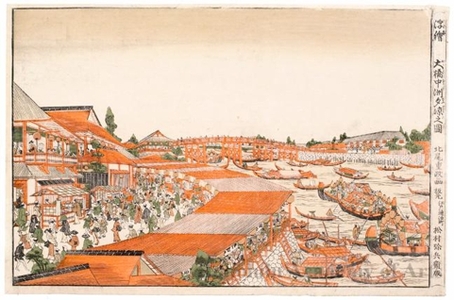 Shigemasa was the son of an Edo publisher. While influenced by Harunobu, as an artist he was largely self-taught. In addition to working as a painter and print designer, he was also well known as a poet and calligrapher. He designed many illustrations for popular books, and was famous for his large prints of beautiful women (bijin). This print depicts the artificial pleasure-island of Nakazu, which was built in 1771 and demolished in 1789. During its brief existence, the social life and popular culture of Nakazu inspired the work of many ukiyo-e artists. (from Uki-e exhibition 2004: June-August) 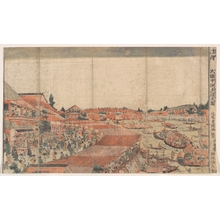