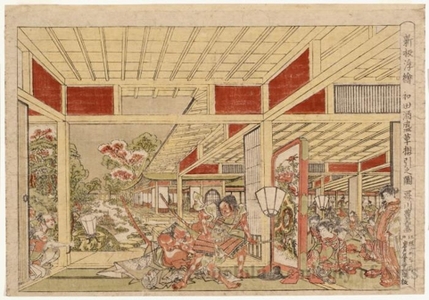 作品名: Pulling Off the Armor at Wada's Banquet

This print illustrates a scene from the drama Wada no Sakamori, based on Soga Monogatari, a story of two brothers who avenge their father's wrongful death. Here the younger of the two brothers, Soga Gorö, has arrived at the home of Wada no Yoshimori. Before he can attack his foe, Gorö's armor is pulled off by the retainer Asahina Saburö. As a result, the avenging of Gorö's father's death is put off until a later date. (from Uki-e exhibition 2004: June-August) 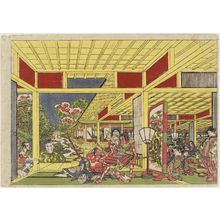