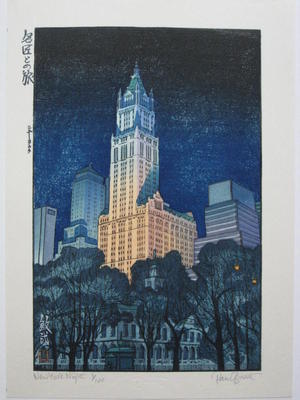 Tuesday, 27 January 2009 New York Sunset, New York Night, by Paul Binnie I am pleased to announce the completion of my newest woodblock prints, New York Sunset and New York Night, additions to my series, ‘Meish? To No Tabi’ (Travels with the Master). These two chuban designs were directly inspired both in subject as well as format by a little print of New York by Yoshida Hiroshi of 1928. Interestingly, Yoshida transcribed New York on his small print as ‘ニューヨルク’ (ny?- yoruku), incorporated into the left margin as the Japanese title, while the transcription generally favoured today is ‘ニューヨーク’ (ny?- y?ku), removing the ル (ru). I have reused his title for my own designs as I did on my earlier prints in this series, such as ‘Cloud Shadows, Grand Canyon’ and ‘Acropolis ? Night’. When Yoshida made his design, the Woolworth Building, the main edifice in these New York prints, was for a short time the tallest building in the world, and it was important for me to get the sense of the height of these buildings and so the exaggerated perspective of them seeming to ‘lean together’ is intended to convey the feeling of looking up at them from far below. I have shown them against an orange sky glowing with the setting sun, as well as uplit by street level lighting at night, and the same blocks were used for both versions, with differing colour schemes and bokashi (shading) used to create the times of day, and the addition of an extra shadow block for the uplighting at night. These two new designs will not be available from me at all, as both editions were commissions from the New York gallery Scholten Japanese Art. In fact, the gomazuri (‘sesame printed’ or broken texture) night sky was a direct request from Rene Scholten himself, who commissioned the print and preferred to alter the sky to this from an early test version. Katherine Martin of Scholten initially helped me find the spot near New York City Hall (where Yoshida made his study). Which I chose as my vantage point. All enquiries about the availability of the two new prints should be made to Katherine Martin at Scholten (info AT scholten-japanese-art.com ), or on their website, www.scholten-japanese-art.com These two New York designs will appear in my solo show at Scholten Japanese Art, 145 West 58th Street, Suite 2H, New York, from October 27th to November 25th 2008, and I will be in the city for an ‘evening with the artist’ on the 22nd November, from 5.30 to 7.30pm at the gallery. Print lovers may like to come along to talk to me about prints there, and earlier that day, the truly dedicated may wish to know I will be participating in a group discussion organised by the Japanese Art Society of America on early 20th Century prints at the Institute of Fine Arts in New York. Best wishes Paul Binnie 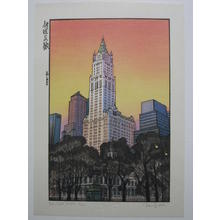 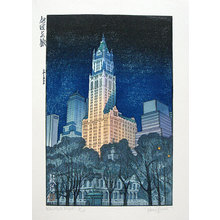 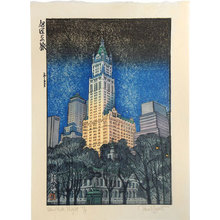 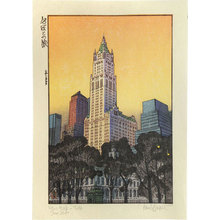 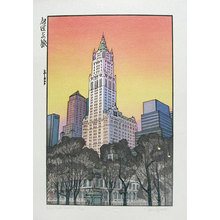 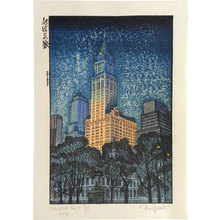 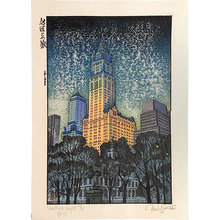