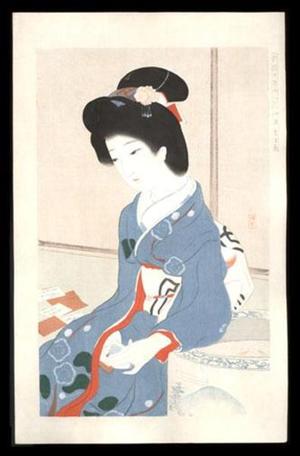 Original Japanese woodblock print Ikeda Terukata (1893-1921), titled " January - The Game of Poem Cards" from the series "Shin Ukiyoe Awase" (Collection of New Ukiyo-e Beauties), 1924. This design was published by Murakami and is illustrated at plate 135 in "The Female Image: 20th Century Prints of Japanese Beauties", Amy Reigle Newland and Hamanaka Shinji, eds., 2000. According to the Editor's Notes on page 202, the Collection of New Ukiyo-e Beauties contains a number of sets of twelve images on the theme of the 12 months by different artists. The print is lightly soiled and slightly faded. There is a 1 inch tear in the bottom margin, and a ? inch tear in the right margin. The image measures 15 1/8 by 9 1/4 inches, plus margins. 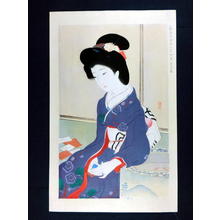 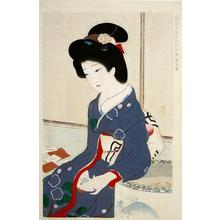 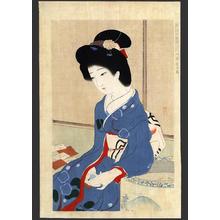 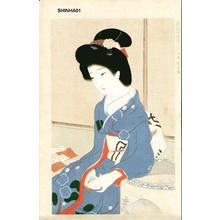 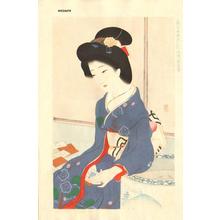 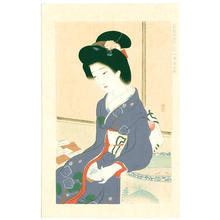 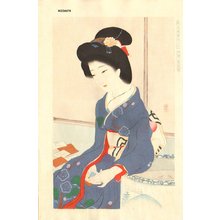 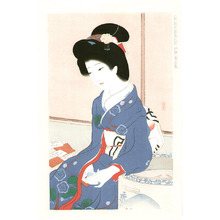