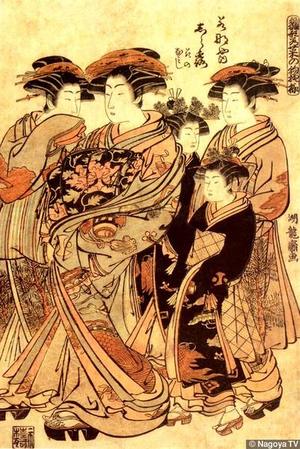 Courtesans in their New Year's Finery, by Isoda Koryusai (active late 18th century) There were only some thirty years between Harunobu's images of girl-like women and the prints of Utamaro depicting all of the hidden fascination of adult women. The prints created during that thirty year period make it seem as if Harunobu's young girls were gradually growing up. The artist of this print, Koryusai, stands between these two artists, and his style also gradually changed. This print from a series shows a group of courtesans in their New Year's finery. 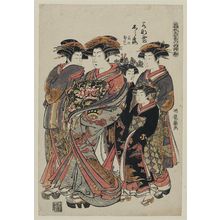