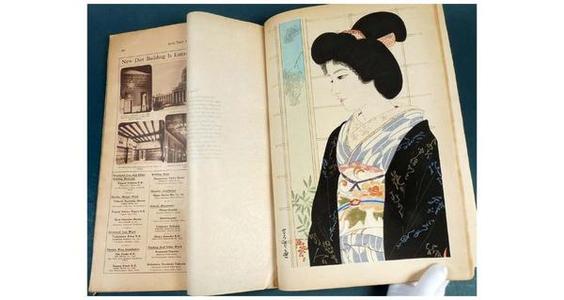 Thursday, 3 June 2010 This auction is for the magazine JAPAN TODAY & TOMORROW 1937 No. 9, an English language publication designed to educate the reader about Japan, its culture, politics, businesses and more. The magazine is fully illustrated with hundreds of black-and-white photographs, seven full page color illustrations and notably, a genuine woodblock print--printed by the traditional ukiyoe method--of a modern young beauty by SENTARO IWATA (1901-1974). There are loads of ads promoting Japanese manufacturing companies and products. This remarkable magazine, published by the Osaka Mainichi Publishing Co., provides a complete snapshot of Japan in 1937. Some of the articles: * How Nippon Expresses Herself in Art * What Japan Seeks and Why (Editorial) * Prince Kimmochi Saionji * Highlights on Modern Japan * Japan’s Achievements in Medical Science * Rising Manchoukuo (Manchukuo) * Japanese Alpinists Scale Himalayas * Scenic Golf Links in Japan * Japan-Germany Anti-Red Accord Signed * Japan’s Finances Today * Social Legislation * New Tendency in Japanese Hotels * Nagoya to Hold Peace Exposition in 1937 * Of Interest to Sports Fans: Olympics * What Visitors See on Nippon’s Streets The editorial is especially interesting. The writer discusses the pressures exerted on Japan by its rapidly expanding population and limited land and natural resources. It demands that other nations accept Japanese emigrants, lower tariffs on natural resources and open up their markets to Japanese goods. He writes: “What is left as the last resort is to reject the status quo by physical force. But Japan is too devoted to the cause of universal tranquility to appeal to a means of that nature.” This rare magazine is complete and in good condition. There is a chunk of the front cover missing and losses to the spine covering. There is some minor foxing in the margins of the color plates. The woodblock print has a tiny edge tear and offsetting on the back. Photobucket 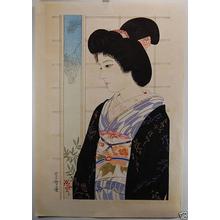 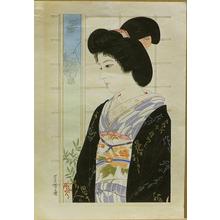