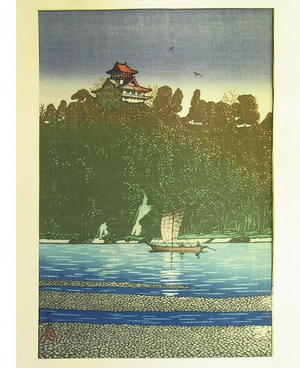 Dating of this chuban series (note from Ross Walker): a note included with a set I purchased includes the date of 1974. This chuban series actually included 10 prints: the 8 Hasui scenes as well as two bijin-ga scenes by Yamakawa Shuho (chuban-sized versions of two of his oban-sized pre-war prints). See the full series here. 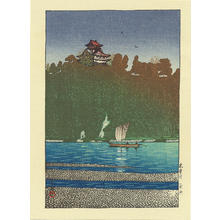 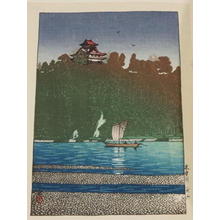 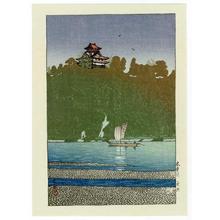 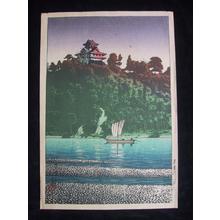 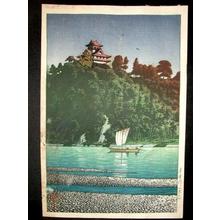 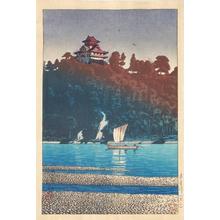 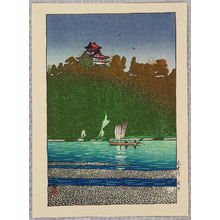