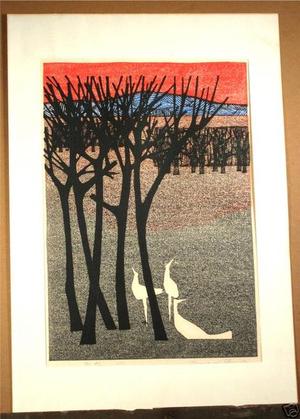 Tuesday, 20 May 2008 This original,mid 20th century,color,Japanese woodblock, with its colorful and boldly stylized image of birds and woods and titled "Trees", was done by the listed Japanese printmaker, Tamami Shima, (1937-1999). The woodblock is signed in pencil by the artist lower right, dated in pencil "1961" lower center, and bears some Japanese characters in pencil lower left. The woodblock is in fine condition with bright colors and not glued down, but it does have a light even mat stain. The woodblock image size is 14" x 9 1/2" with approximately 1" margins. 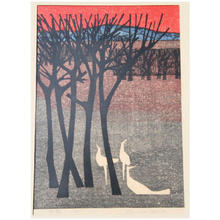 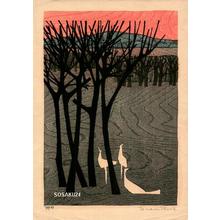