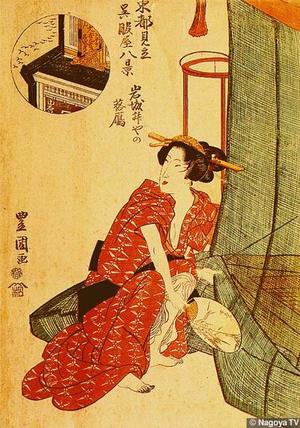 Wild Geese Landing at Iakimasuya, from the series Eight Famous Clothing Merchants ,by Utagawa Toyokuni (1769-1825) The print shows a woman with a fan before a mosquito net. Yet another hot, sultry summer night. The image of descending geese seen in the circular inset is an autumn theme, does this image mean that the woman who is about to go to bed under the mosquito netting is somehow thinking of autumn? The grouping of a set of eight scenic views began with the Chinese theme of the Eight Views of the Xiao and Xiang. In Japan, the eight views of Omi were an early grouping, and various ukiyo-e prints created a number of series punning on the theme of eight views 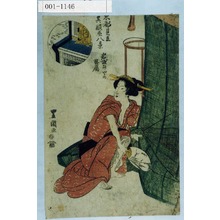 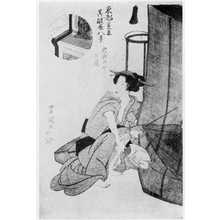