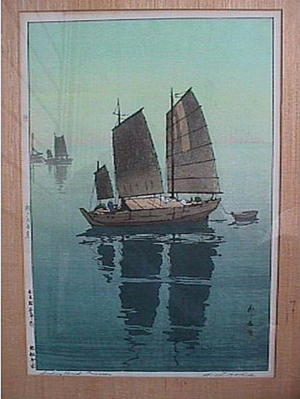 Saturday, 29 October 2005 Yoshida, Hiroshi- Inland Sea Series- Sailing Boats - Evening- Full1.jpg: JAPANESE WOODBLOCK YOSHIDA SAILING BOAT NOON Here is one of the most highly sought after prints by noted Japanese artist & print maker Hiroshi Yoshida. This is from a series of six prints circa 1926, each depicting a sailboat on Japan's Inland Sea at different times of the day. This particular one is titled in pencil & in English "Sailing Boats Noon". This is signed in both Japanese & English & has the "ji zuri" seal (NO!) & the Hiroshi seal. The print is in a period faux bamboo frame with a grasscloth matte. This is an oversize print measuring about 16" (41 cm) x 22" (56 cm) with margins. I do not believe it has ever been out of the original frame & appears to be in excellent condition with no stains, tape, tears, discoloring or apparent fading. This is a period print dating to 1926 and is a genuine early edition, not a later printing or restrike. 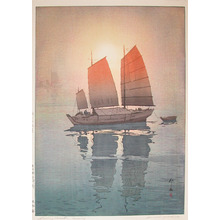 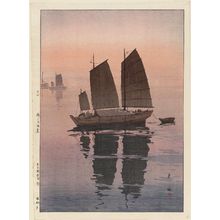 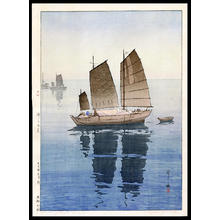 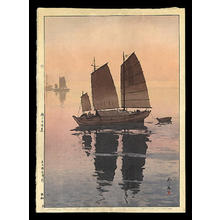 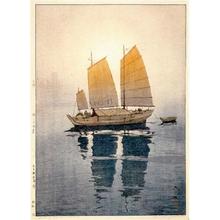 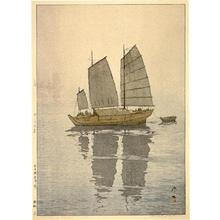 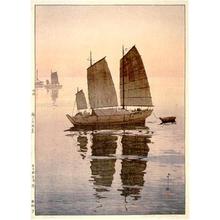 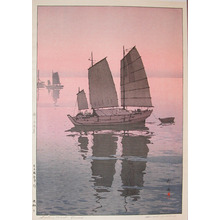 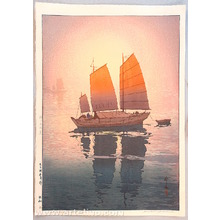 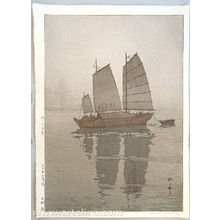 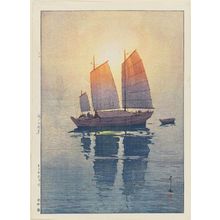 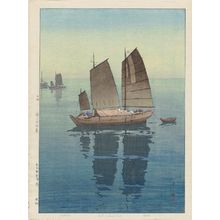 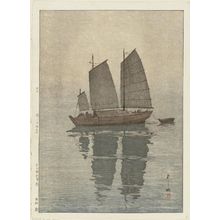 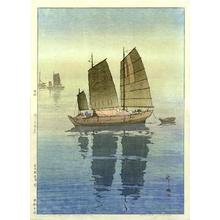