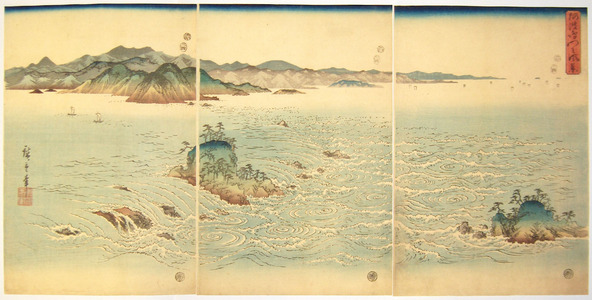 A view over the Naruto Strait of the whirlpools at Awa, Awa no naruto no fukei. Although no series title this is from a trinity of triptychs depicting Snow, Moon and Flowers, this being the last ( because the eddies and whirls were reminiscent of flowers [ nami no hana, "flowers of the waves" ] ). These were the last three great prints Hiroshige designed. All are rare, especially Snow and Moon. Published 1857 by Okasawaya Taheiji. Very good impression. It is claimed that the first printings have a sliver of land on the far right horizon which is removed on later editions. However, there seems to be no discernable difference in quality between that state and very good impressions without. So, if true, this must have happened early on. Almost all impressions are without. Indeed, late impressions of this set of three triptychs are not known. Very good colour. Expertly repaired wormhole on centre sheet. Virtually untrimmed: These prints are extremely difficult to find without trimming, often well into the title cartouche. Signed Hiroshige ga. Status: Sold 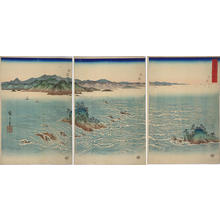 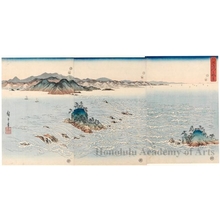 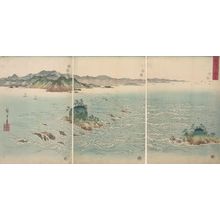 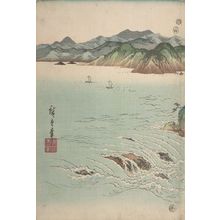 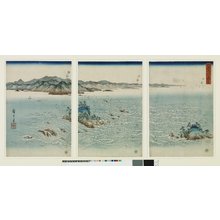 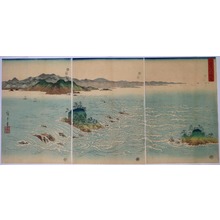 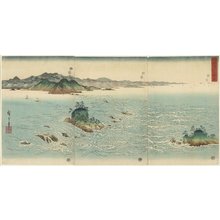 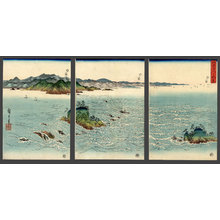 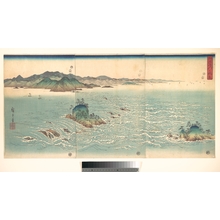 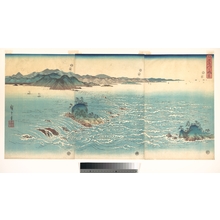 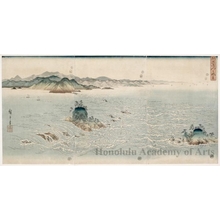 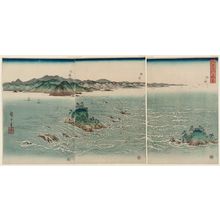 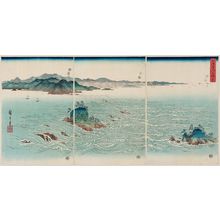 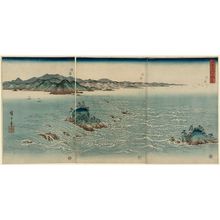 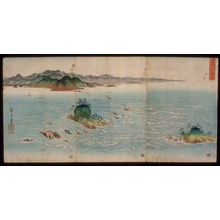