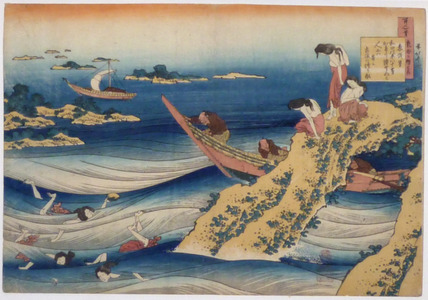 A poem by Sanji Takamura from Hyakunin isshu uba ga etoki, the “Hundred Poems Explained by the Wet Nurse.” Published by Eijudo and Iseri, c.1835-6. Although obviously intended to be a set of 100 prints, only 27 are known plus drawings for others. The poem is a farewell on his exile to the Eighty Islands ( the Oki Islands, far out to sea, north of Honshu ). Hokusai shows his boat at the top of the design between the small islands. He instead concentrates on ama diving for awabi. These colourful girls were regarded as highly erotic as they dived bare-breasted. One of Hokusai’s most beautiful prints and, together with Minamoto no Muneyuki Ason, the best design in the set. Rare. Ex Le Veel collection , sold Paris 24/10/1980, lot 82. This impression exhibited and illustrated 10/1980 – 1/1981, Paris, Centre Culturel du Marais, Hokusai et son temps, p. 211, pl. 246. Exceptionally early impression with beautiful gradation. Fine colour. Full size. ( The signature is often trimmed off because it is near right edge. ) Very slight centre fold, otherwise very good condition. Signed Zen Hokusai manji. Status: Sold 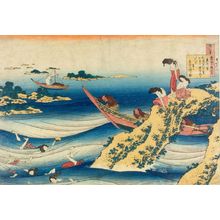 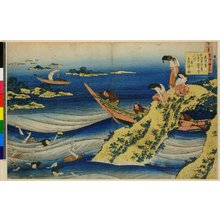 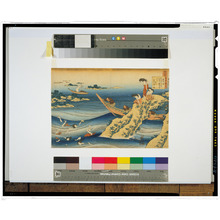 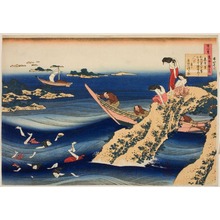 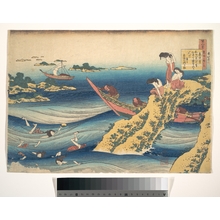 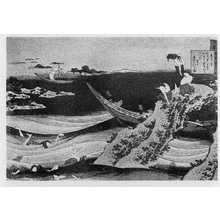 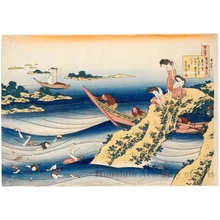 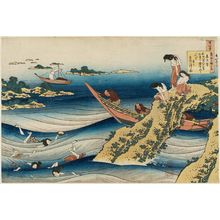 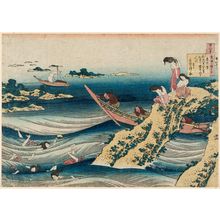 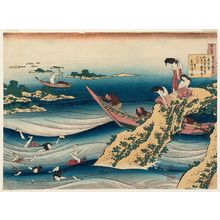