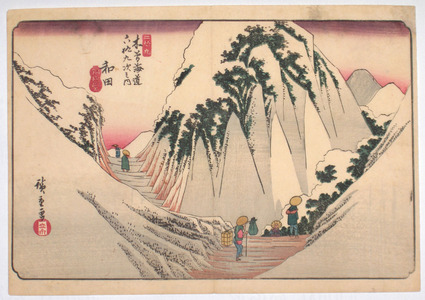 画題等: Wada from the Sixty-nine Stations of the Kisokaido. The set was started by Eisen and published by Hoeido in 1835, but in 1837 Hiroshige took over and completed the series with the publisher Iseiri ( Kinjudo ). Wada is the highest point on the Kisokaido and Hiroshige shows travellers traversing the snow covered pass. One of the major designs from the set. Very fine early impression. Fine colour. Slight moisture blemish at top edge and slight soil top right margin. Imperceptible centre fold and slight trimming of margins at left and right, otherwise a fine example of this design. Signed Hiroshige ga. Status: Sold 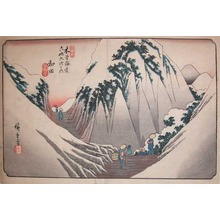 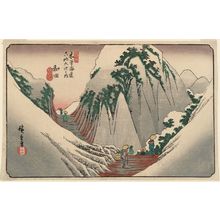 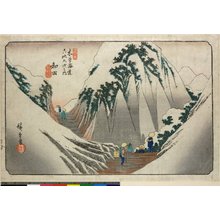 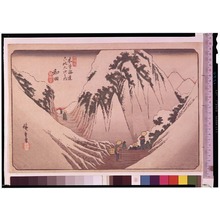 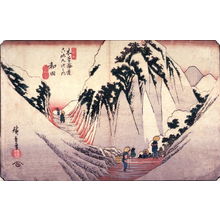 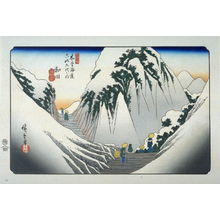 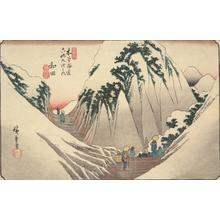 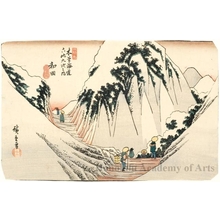 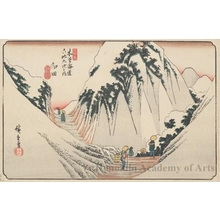 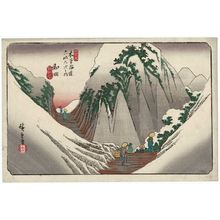 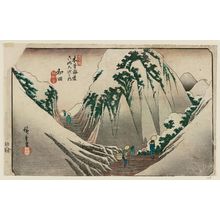 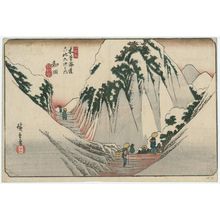 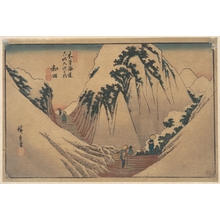