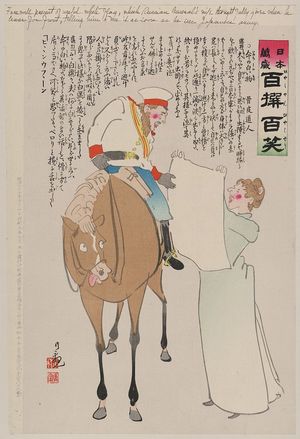 作品名: Farewell present of useful white flag, which Russian General's wife thoughtfully gives when he leaves for front, telling him to use it as soon as he sees Japanese army

画題等: Print shows a Russian woman handing a white flag to her husband, a Russian general, about to depart on horseback for the war against Japan.