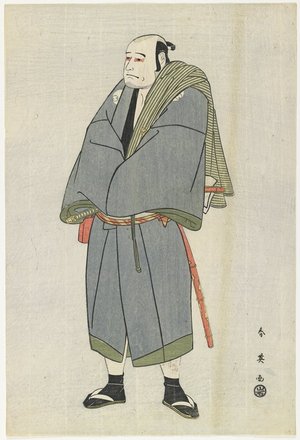 Illustrating a scene from act 7 of Ch�shingura, this print shows the actor Arashi Ry�z� in the role of Heiemon, based on his 1795 performance. Heiemon is a foot soldier of the late lord Enya. When he finds out that his sister Okaru has accidentally read a letter about the plot to avenge his master, he decides that he must kill Okaru to protect the secret. Moved by Heiemon's self-sacrifice and loyalty, Yuranosuke, the mastermind of the revenge plan, spares Okaru and allows Heiemon to join the vendetta. Appearing only in act 7, Heiemon is a rather minor character. Nonetheless, Kabuki fans have long loved this character of an honorable man with a humble background. 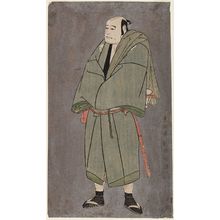 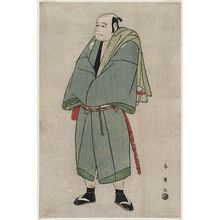