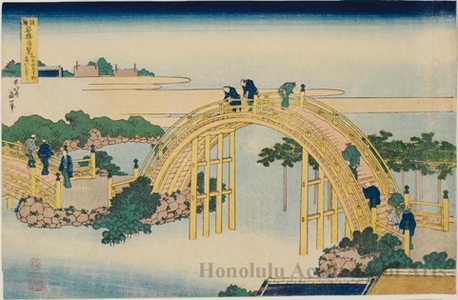 画題等: The scene depicts the drum bridge at the Kameido Tenjin Shrine on the eastern fringe of Edo. Built in the 1660s and dedicated to the deified Sugawara Michizane, a saint of great learning and a master of calligraphy, the shrine became a popular site to visit for its two attractions: beautiful wisteria blossoms in early summer, and a pair of drum bridges spanning the ponds on the approach to the shrine. The steeply arched drum bridges delighted all people, especially children. In this print, Hokusai seems to have depicted the larger bridge, because of its size called the Male Bridge; the smaller was known as the Female Bridge. A priest and some people are seen carefully climbing up this unusually steep bridge. Beyond it at the right are trellises of wisteria not yet in bloom. Hiroshige also depicted the Tenjin's drum bridge with beautiful wisteria flowers hanging over the trellises. As usual, he was more interested in the engineering aspects of the bridge, giving a detailed and accurate depiction of each part. The blues of the sky and water make a contrast with the yello and brown-pink of the bridge. (Asian Art Museum of San Francisco, “Hokusai and Hiroshige”, 1998) 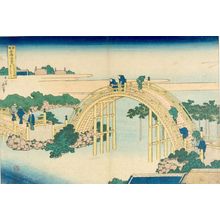 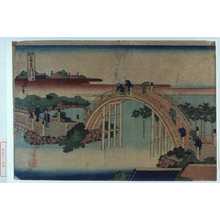 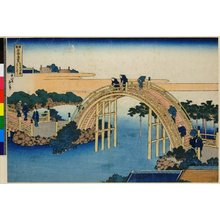 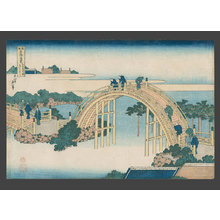 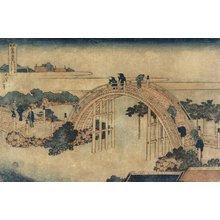 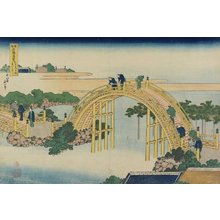 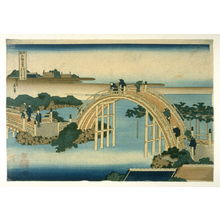 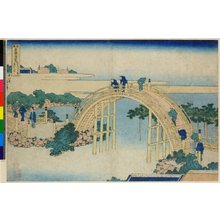 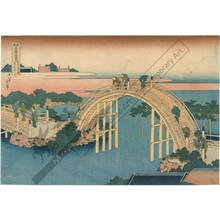 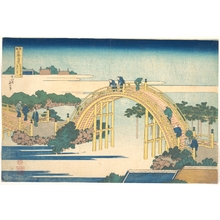 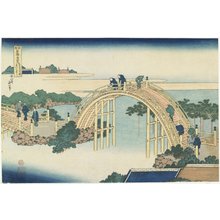 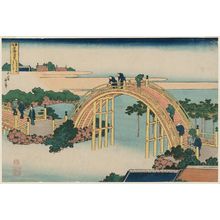 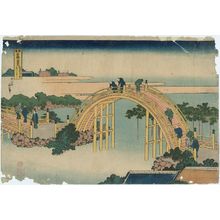 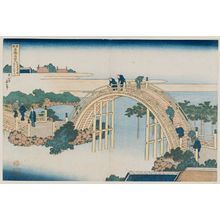 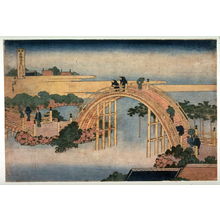