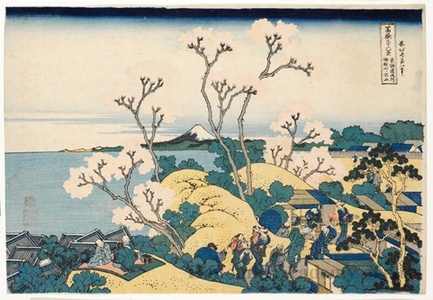 The print is one of Hokusai’s extremely detailed compositions. It depicts a merry scene of cherry-blossom viewing at Gotenyama, the hill north of Shinagawa in Edo. Gotenyama, or Palace Mountain, was so named because this hill was said to have been the site of the shogun’s villa. Shinagawa was the first stop of the fifty three stations of the Tökaidö Road, approximately 5 miles from Nihonbashi, where the road began. With its fantastic ocean view and cherry trees planted during the Kanbun period (1661-72), Gotenyama was a very popular picnic spot. Hokusai represents this famous hill with its cherry trees in full blossom. As seen in this print, cherry trees characteristically blossom before their new leaves come out, which makes the flower masses a dense, pure pink. Here some picnickers have spread a red rug to sit on to drink sake. Some family groups are climbing toward the hill with their children on their shoulders, and some are already drunk and merrily dancing, waving their fans. The merry picnickers are indifferent to beautiful Mount Fuji, the ocean, and even the flowers for which they made the journey. The Japanese jokingly acknowledge that “dumplings are better than flowers” (hana yori dango), meaning that drinking and eating are more fun than viewing flowers. (The Asian Art Museum of San Francisco, HOKUSAI AND HIROSHIGE – Great Japanese Prints from the James A. Michener Collection, Honolulu Academy of Arts: The Asian Art Museum of San Francisco, 1998 Page 93. Cat. 44) **************** Today a large district in Tokyo, Shinagawa was the first station on the Tökaidö (“East Sea Road”) to the south of Edo. Gotenyama (Palace Hill) was a popular site for excursions to enjoy cherry blossoms (planted during the seventeenth century), and the superb views of Mount Fuji and Sagami Bay. The same location is shown in the print (also in this exhibition) by Utagawa Toyoharu; however, while Hokusai shows the view of Mount Fuji looking out from Gotenyama, Toyoharu turns the scene around to show Gotenyama from a distance. Mount Fuji is still present in a sense, since Gotenyama was the location of one of the many miniature Mount Fujis built around the city of Edo in response to the Fuji Cult. Unlike the subtle simplicity of Red Fuji or Thunderstorm Beneath the Summit, this print is one of the most detailed scenes in the entire series. Groups of picnickers enjoy themselves in teahouses and beneath the pale cherry blossoms outside, while Mount Fuji stands aloof in the distance. “Hokusai’s Summit: Thirty-six Views of Mount Fuji” (09/24/2009-01/06/2010) ****************************** 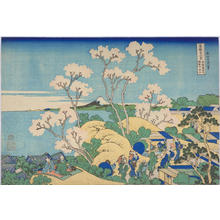 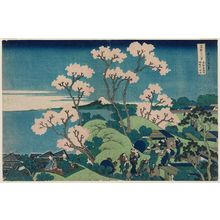 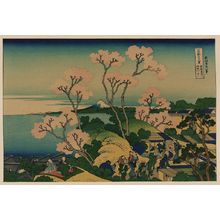 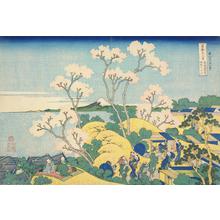 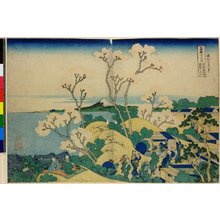 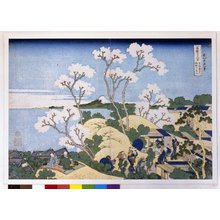 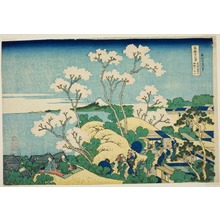 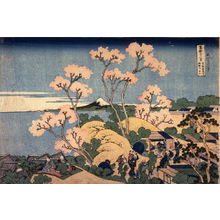 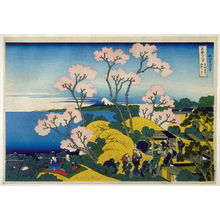 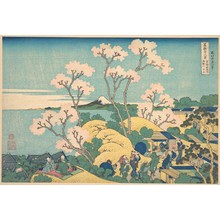 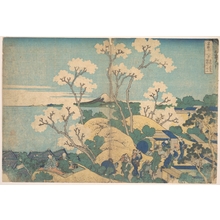 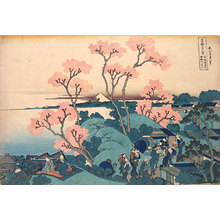 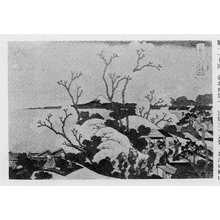 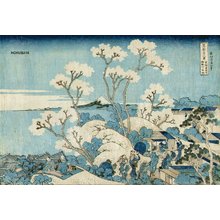 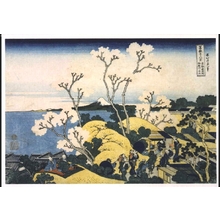 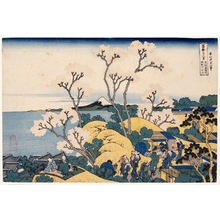 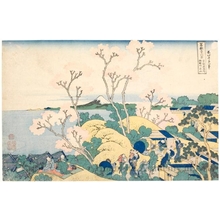 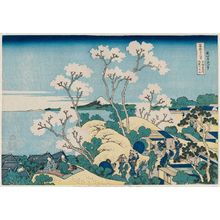 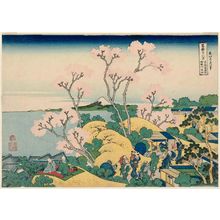 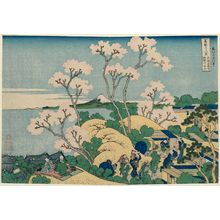 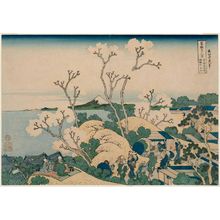 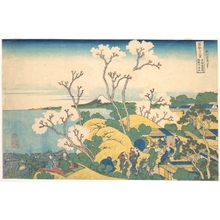