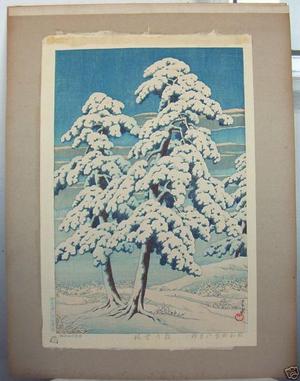 Sunday, 10 June 2007 For your auction consideration is a antique Japanese woodblock print by shin-hanga artist Kawase Hasui (1883-1957). This print bears the artist signature "Hasui" and red seal "sui". It is titled along the lower margin. Any feedback on the title will be very much appreciated and acknowledged. The left side of the margin bears the publishers B seal. It is thier most common and was in use from 1929-1931. There is a black chrysanthemum and running water symbol in the lower left margin. The prints they published for Hasui were in limited editions of 100. The edition number were printed on the verso. Hasui prints with Kawaguchi&Sakai seals are quite rare and highly sought after. Most of Hasui's prints were published by Watanabe Shozaburo. This print was published during the artists' lifetime. The partnership of Kawaguchi&Sakai dissolved in 1931. This print is considered Pre-war. Due to it being glued down I am not able to show the edition number on the verso. Please email me for the websites that will show you the publishers' seals. The viewing dimensions are 9.5" by 14 and 1/4". There is age toning along the margin from having being matted. The mat was taped to the backboard and I was able to remove it with ease to show the signatures. 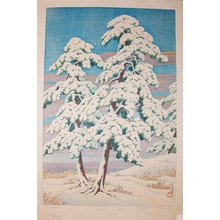 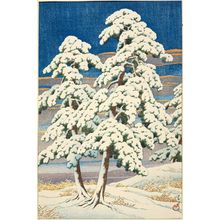 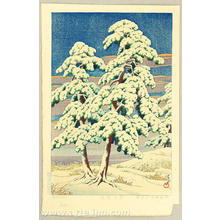 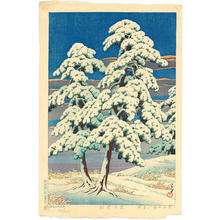 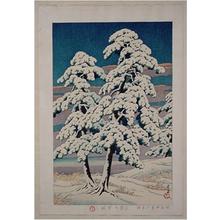 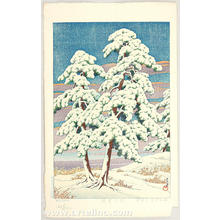 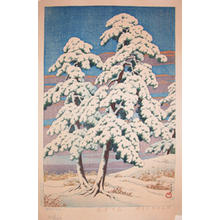 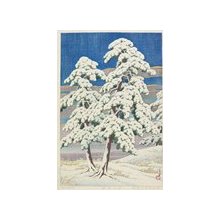 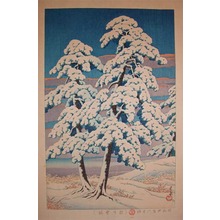 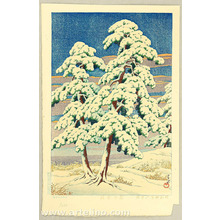 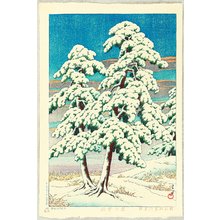 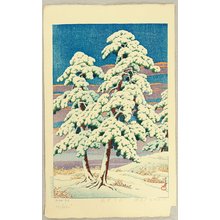 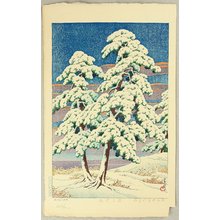 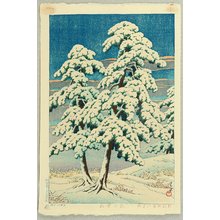 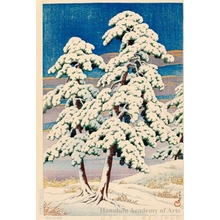 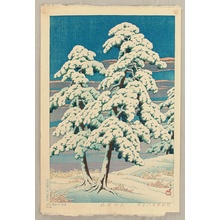