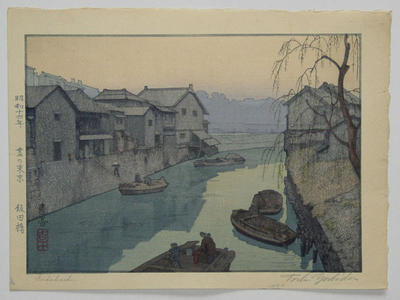 Early Japanese woodblock print by Toshi Yoshida, penicl signed and dated 1939. This print is titled "Iidabashi" and depicts an early morning scene of a water canal with several boats ferrying commuters. It is PENCIL SIGNED "Toshi Yoshida" and dated Showa 14 and is certainly an early impression as well. It is a chuban size and measures 10 3/4" by 7 3/4". It is in EXCELLENT condition with No problems whatsoever and has never been mounted. 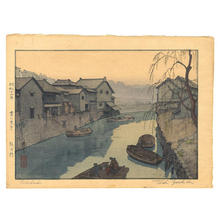 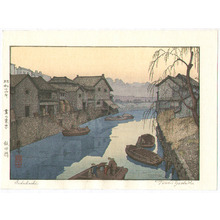 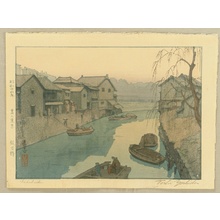 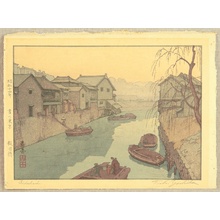 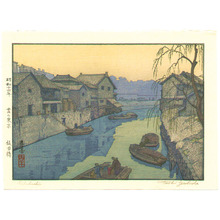 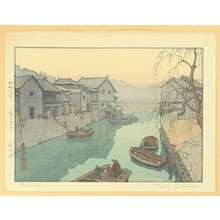