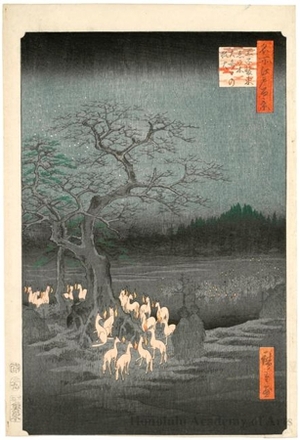 画題等: The Oji Inari Shintö Shrine is located in northern Tokyo. All of the Inari Shintö shrines are sacred places for the deity Ukanomitama, believed to bless farmers with abundant crops. Two stone fox figures are placed on either side of the shrine's main gate. Foxes are thought to be the messengers of Ukanomitama. A well-known legend about this shrine is that on New Year's Eve foxes put on formal costumes under a nettle tree and then gather at the shrine, where Ukanomitama offers them promotions in rank according to their yearly accomplishments. This print is Hiroshige's visualization of this legend, in which he evokes a serene and mystical mood. (from Good News from Hiroshige exhibition 10/9/2008-) 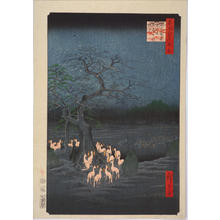 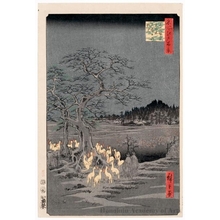 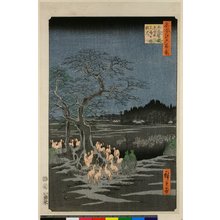 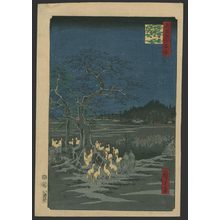 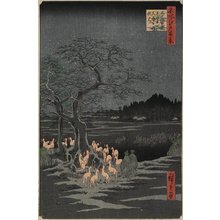 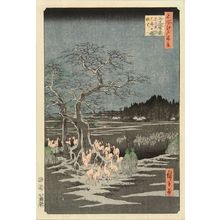 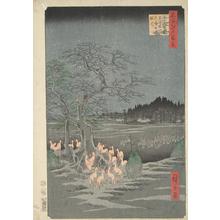 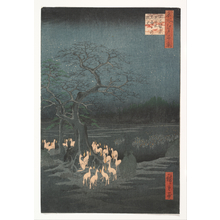 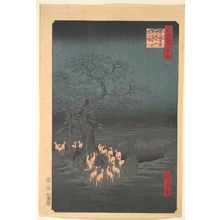 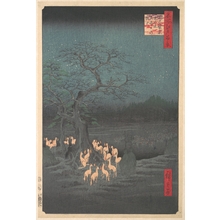 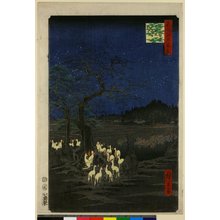 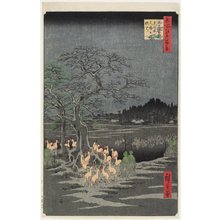 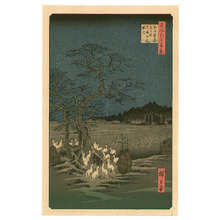 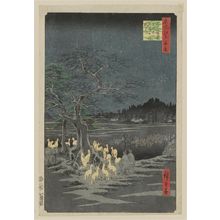 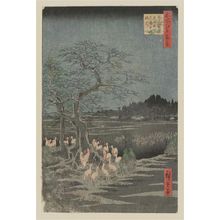 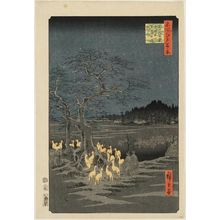 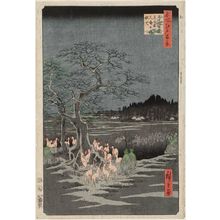 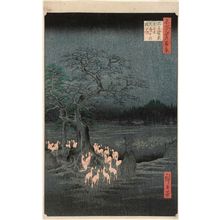 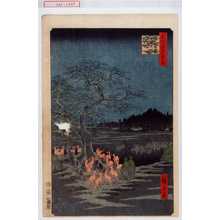 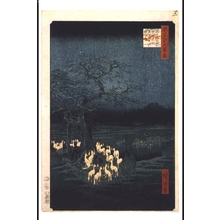