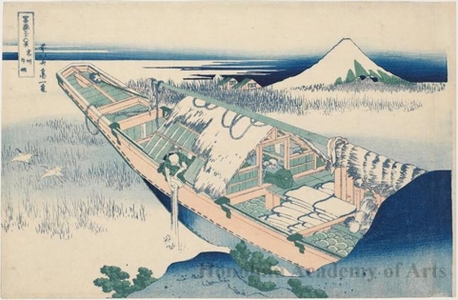 画題等: Lying some 60 miles from Itako, in Hitachi province (present-day Ibaraki prefecture), Ushibori was on Lake Kasumi-ga-ura. Because it had an inland harbor connecting to Chöshi, many boats and ships stopped at Ushibori. A boat of gigantic scale anchors in the marshy water, its bow rising diagonally to the left, its stern concealed by a dune. Frightened birds fly away before it. Everything seems silent; no wind stirs the grasses. Beyond the dense reeds rises a snow-covered Fuji. A boatman washing rice for his dinner leans against the gunwale to pour out the rinse water. Hokusai is obviously interested in the life of this boatman, and he meticulously depicts the boat inside and out. The roof or shelter is made of kaya, a native plant of the area. The boat's cargo - sacks of some sort of product and reed mats - is stowed in an orderly manner, and on the shelf of the cabin are the boatman's books and ledgers. This evocative composition shows the lonely life of the boatman on a winter evening. Perhaps Hokusai, a strong, almost eccentric man and far from sentimental about human life and problems, here unexpectedly reveals the tender side of his personality. The simple color scheme, consisting only of shades of blue, green, and brown, creates a serene landscape. The key-block was printed in blue. (The Asian Art Museum of San Francisco, HOKUSAI AND HIROSHIGE – Great Japanese Prints from the James A. Michener Collection, Honolulu Academy of Arts: The Asian Art Museum of San Francisco, 1998 Page 74. Cat.25) ****************** Ushibori was a small inland harbor on Lake Kasumi-ga-ura, about six miles northeast of Edo. The focus of the print is a large boat, the prow of which cuts diagonally through the center of the composition. The otherwise still evening is disturbed by a man washing rice; the cast-off water startles two herons, which fly toward the left edge of the print. The scene is accomplished predominantly in imported Prussian blue, with pale accents of tan and green. Also known as Berlin blue (from which the Japanese term beroai derives), this color was so popular in the early 1830s that the publisher Eijudö originally intended to use it for every key block in the Thirty-six Views of Mount Fuji series, instead of the normal black. However, the synthetic ink apparently was too harsh for woodblocks, and the plan was abandoned for the final ten supplementary prints that finished the series. “Hokusai’s Summit: Thirty-six Views of Mount Fuji” (09/24/2009-01/06/2010) ****************************** 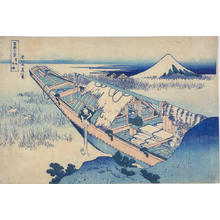 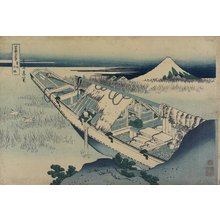 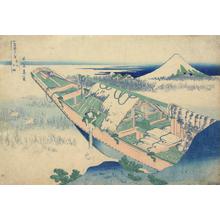 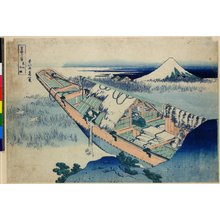 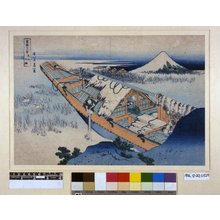 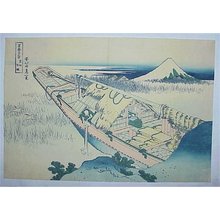 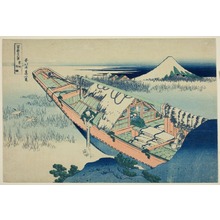 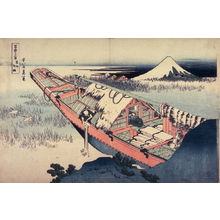 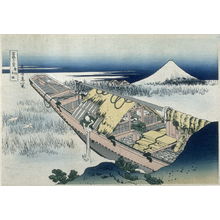 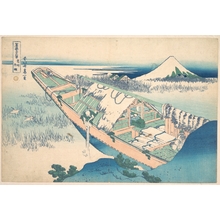 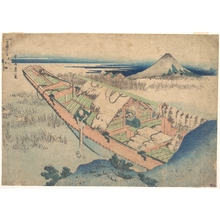 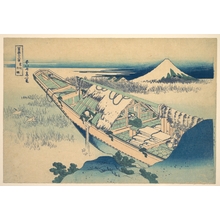 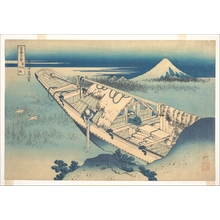 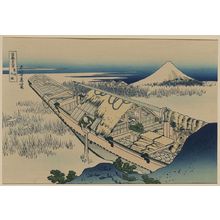 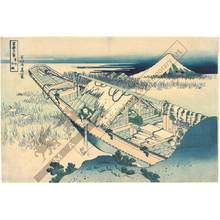 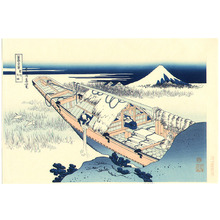 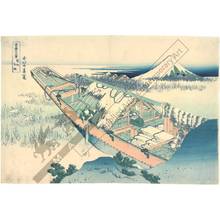 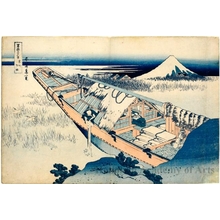 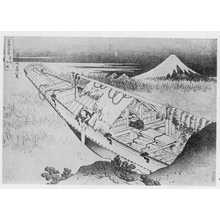 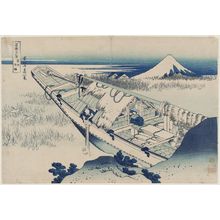 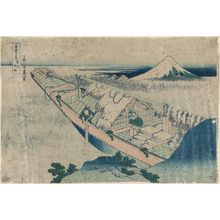 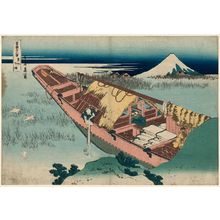 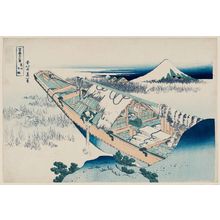 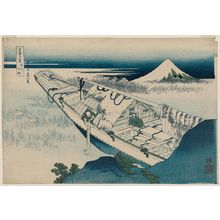 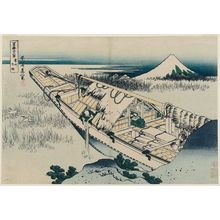 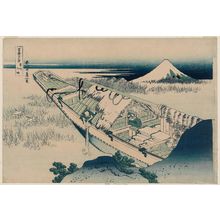 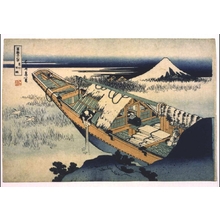