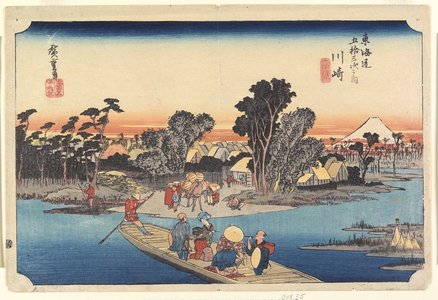 These two editions show small but crucial changes. It is possible that the later edition (right) was produced from a new set of blocks, rather than from the blocks used to produce the earlier edition. Most notably, Mount Fuji has been made smaller in the later edition, and the rafts man has been omitted. 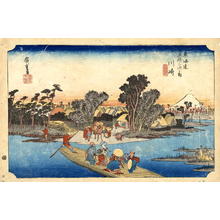 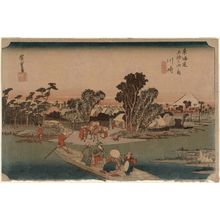 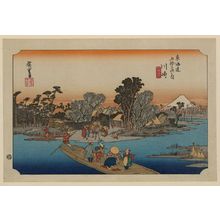 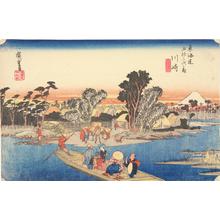 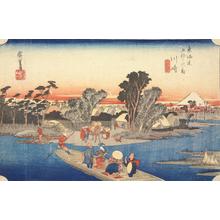 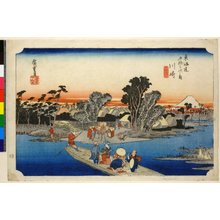 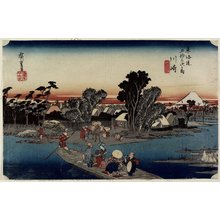 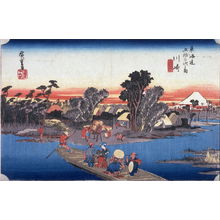 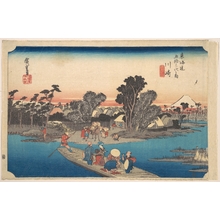 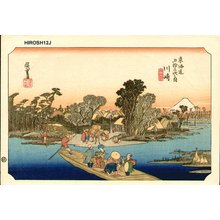 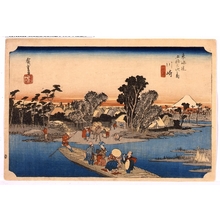 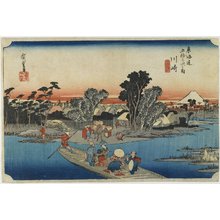 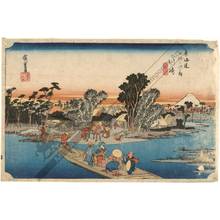 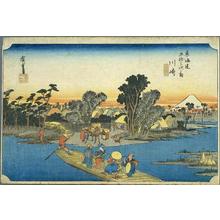 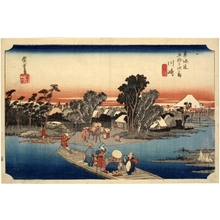 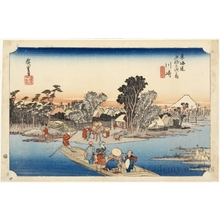 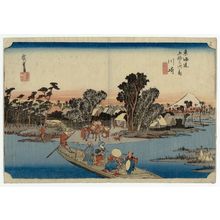 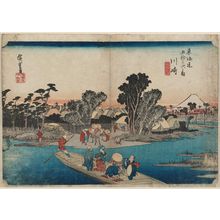 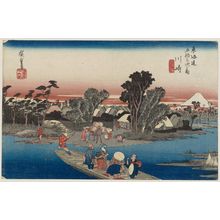 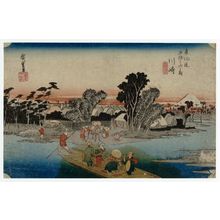 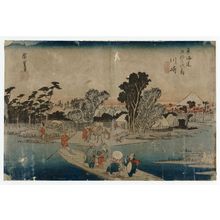 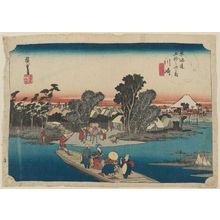 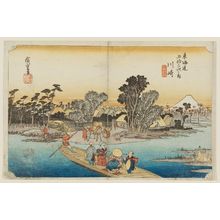 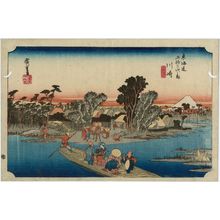 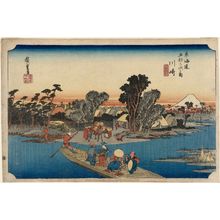 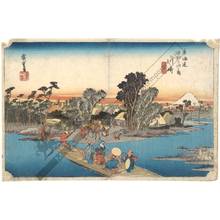